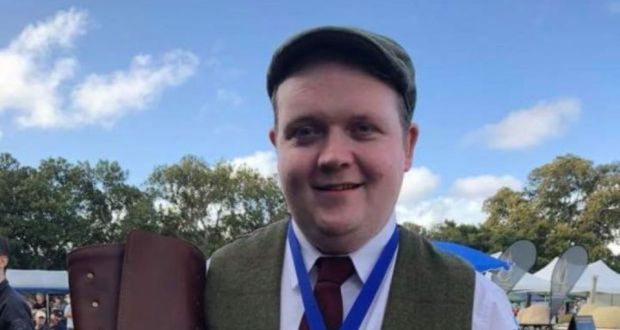 A Donegal butcher finished runner-up at an international competition in Australia at the weekend.

Keith Walsh was awarded a gold medal and finished second overall at the Lifeline Young Butchers International Cutting and Cooking Competition in Perth, Australia on Sunday.

He was also a member of the Irish team that triumphed in the World Butchers’ Challenge when it was staged in Belfast last month.

There were 12 nations in contention at the Belfast event, and following his strong showing in the young butcher division there,

Walsh received a last-minute invitation to compete in Perth.

At the competition in Australia, he had three hours to prepare a display of pork, beef and lamb, as well as cook a beef dish and present it for judging.

The butchery display that won Keith Walsh, from Donegal, a gold medal in Perth, Australia, on Sunday.

The butchery display that won Keith Walsh, from Donegal, a gold medal in Perth, Australia, on Sunday.

“It was an amazing experience going up against the best in the world and to leave with a gold medal and overall runner-up is amazing,” Walsh said.

“It has been a whirlwind week and a half since I got the call to go to Perth, but it is an experience that I will remember forever. To get the opportunity to represent my country twice in the space of a month is a fantastic honour.”

While acknowledging the “good standard” of Australian lamb, Walshe said “Irish beef is far superior in quality to anything I saw in Australia”.