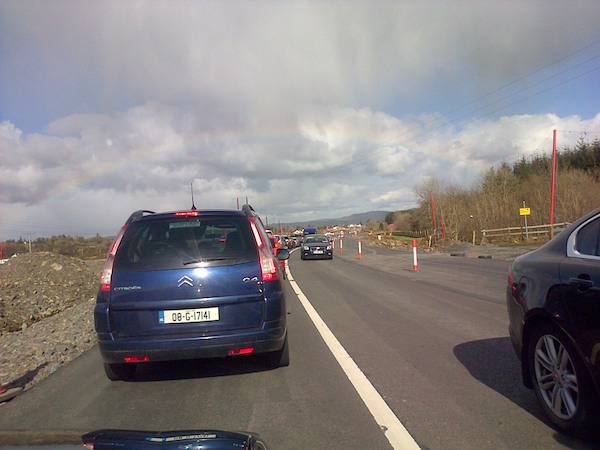 Donegal TD Joe McHugh has announced €942,000 will be spent in the county in the latest round of funding to repair and improve rural roads providing access to homes, farms, tourist spots and local amenities.

Mr McHugh, Government Chief Whip and Minister for the Irish language, Gaeltacht and the Islands, said Donegal is to get the third highest allocation of funds in the country under the Local Improvement Scheme (LIS) for 2018.

It takes funding through the LIS scheme in Donegal to around €4.3million in the last two years.

“It cannot be overstated how important it is to make this scale of investment in local roads and to improve access to rural areas,” Mr McHugh said.

“Good quality access to rural homes and farms is essential to ensure that rural populations are supported and sustained.

“Donegal has secured some of the highest investment in the country under the latest round of funding for the Local Improvement Scheme.

“It is a very valuable support for rural families, many of whom will travel out of their local area to work and to go to school.

“These roads are in everyday use and this funding is a vital Government support for people who live in the rural community. They also provide the only access to some quality tourist spots and other key local community sites such as graveyards.

“The revival of the LIS is just one example of how Fine Gael in Government will continue to invest in infrastructure and support local communities and build a sustainable future for rural Ireland.

“In Cabinet as the voice of Donegal I am delivering for the county.”

Details of the 2018 national €10million scheme are being announced by Minister for Rural and Community Development Michael Ring TD. It is in addition to €17million allocated last year.

More than 400 local and rural roads nationwide will be improved under the latest round of funding for the LIS. Some 1,100 roads around the country were repaired in the 2017 funding round.

Funding for LIS was reintroduced in September last year after no investment for eight years.

The LIS provides funding for improvements on private and non-publicly maintained roads which are not maintained by the local authority but provide access to a number of homes or farms, to local and tourist amenities such as lakes, rivers or beaches and to their important community sites.