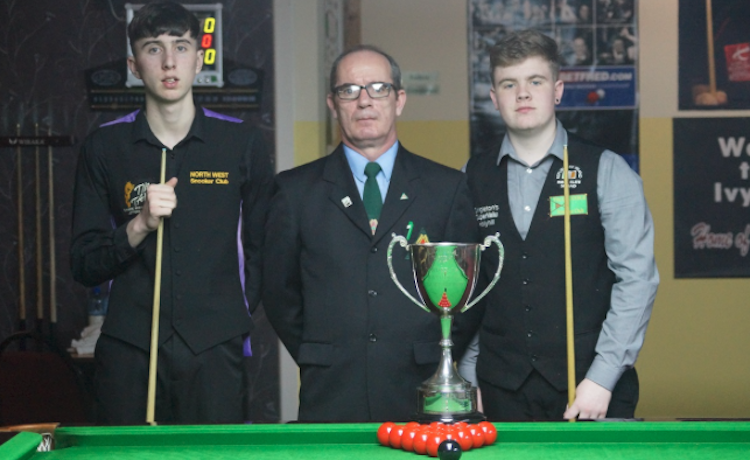 Sean Devenney from Northwest Snooker Club in Letterkenny booked his spot in the 2018 National RIBSA U18 Snooker Championship final.

At The Ivy Rooms on Saturday, Devenney defeated fellow Donegal man Ronan Whyte in the semi-final 3-2 to reach the decider.

Sean won the opening frame and seemed to be going 2-0 up as Ronan needed three snookers but Ronan managed to get the snookers and clear up to level the match at 1-1.

Frame 3 went to Sean to go 2-1 up and in frame 4, Sean looked like he had the win only for young Ronan to win it on a re-spot to force it to a decider.

In the decider it was Sean who held his nerve to win it and reach the final.

Devenney beat Aaron Smith 3-1 in his quarter-final and he will now meet Aaron Hill in the final on May 13.