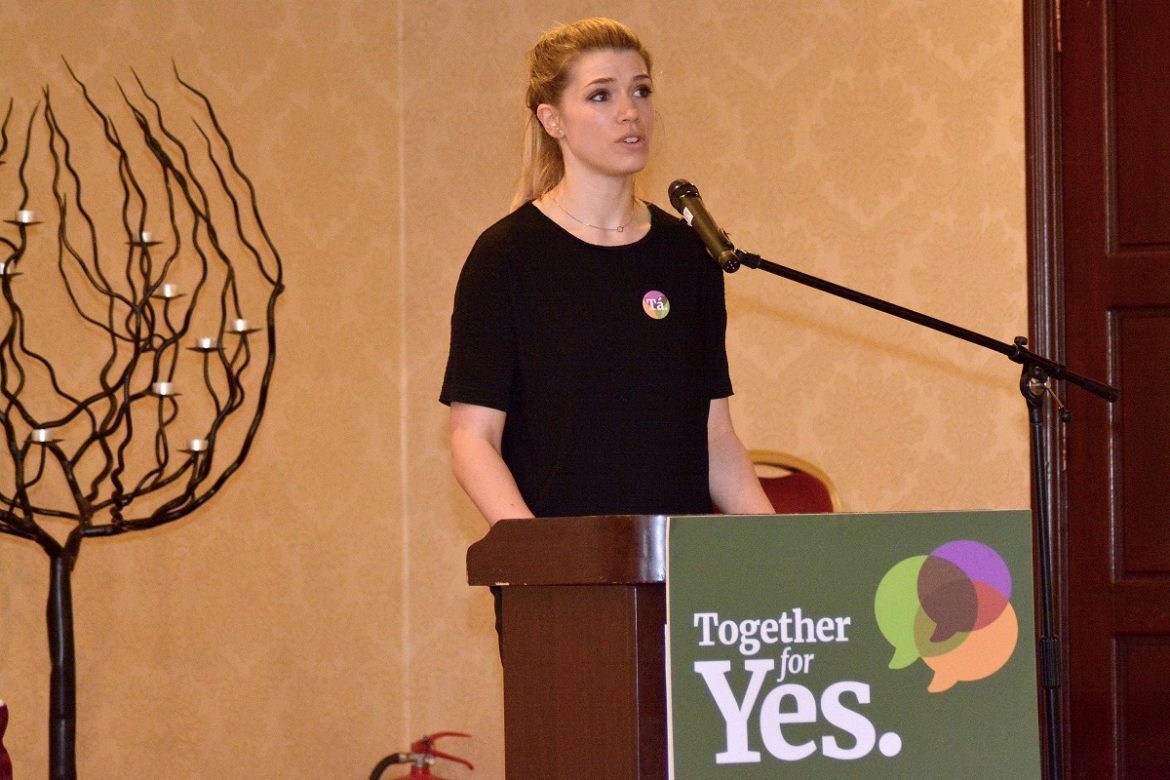 A group of doctors who are working in or from Donegal have come together to call on the county to vote Yes in the upcoming referendum to repeal the 8th amendment.

Donegal Doctors For Yes in comprised of 13 medics who work across various medical specialities and are seeking a repeal of Article 40.3.3 so that they may support and treat women who access terminations without fear of prosecution.

Donegal Doctors For Yes issued a statement today in response to those who campaign to keep the 8th amendment:

We refer to a recently published letter from a group of doctors calling for a no vote. Their statement, that the Eighth Amendment does not put the lives of pregnant women at risk, runs contrary to the testimonies of Ireland’s leading obstetricians, including Prof Peter Boylan (former Master of National Maternity Hospital, Holles St) and Dr Rhona Mahoney (current Master of the National Maternity Hospital, Holles St). These are the current experts in maternal and foetal health and deal with some of the most complicated pregnancies, many of which are dealt with away from rural GP practises because of their complex nature. Furthermore, the Institute of Obstetricians and Gynaecologists, which has representation from all 19 maternity units across the country, has publicly declared its support for the recommendations made by the Oireachtas committee on the Eighth Amendment.

Maternal mortality rates are not an indicator of successful pregnancies. This is evidenced by the countless number of Irish women who are sharing their experiences of having to choose between a forced pregnancy and travelling to the UK to access healthcare. 63 women listed a Donegal address when seeking a termination in England/Wales in 2016. Others have ordered abortion pills online and taken them in their home without any medical supervision. Maternal mortality statistics fail to capture these experiences. Indeed, death is a very low bar by which to set the standard for maternity services in Ireland. The current system has failed these women, many of whom are our sisters, daughters, mothers, aunts, cousins and friends, as well as patients.

Regarding Savita Halappanavar, the author of the independent report into her tragic death, Professor Sabaratnam Arulkumaran, has publicly stated that a timely termination could have saved her life, as has her husband. In addition, her family have urged the Irish electorate to vote Yes in the upcoming referendum. In his report to the Oireachtas Committee on the Eighth Amendment, Professor Arulkumaran said the following:

“She did have sepsis. However, if she had a termination in the first days as requested, she would not have had sepsis. If she had the termination when asked for it, the sepsis would not arise”

“We would never have heard of her and she would be alive today”.

It is becoming clear that a minority of doctors wish to retain the Eighth Amendment. We respect these views and support legislation that will ensure that no doctor will be forced into providing abortion services against their conscience. However, in the face of ever growing medical evidence and the real life stories of Irish women, this ideology can no longer be afforded the constitutional protection it currently relies on. That doctors cannot agree on the issue is a strong enough argument in itself for introducing legislation rather than continuing with the ‘one size fits all’ model of the Eighth Amendment. As Irish women will attest, no two pregnancies are the same.

Donegal women will continue to need access to termination services, regardless of the outcome of the referendum. However, we now have an opportunity to allow this to happen in a safe and compassionate environment, near the support of family and friends, and without fear of prosecution. As doctors, our duty is to support, not export, these women.