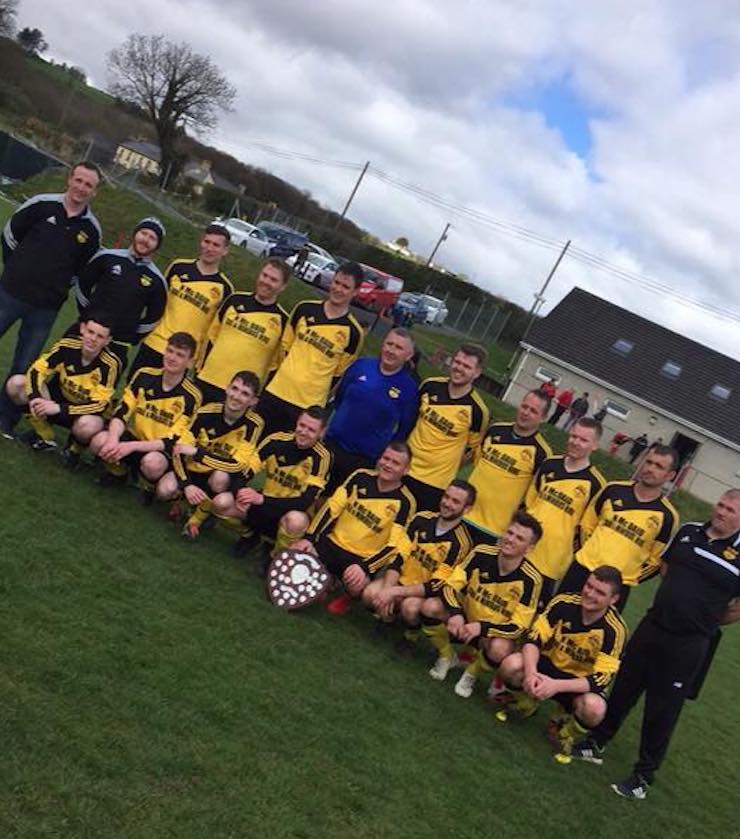 Glengad United Reserves clinched the Inishowen Engineering Division 2A title on Sunday after a fine away win at Redcastle Reserves.

Played in great conditions this match had plenty of good football  played by both teams.

The early exchanges where mostly in midfield with Glengad winning a number of corners but never worried Paul Doherty in the home goal.

Glengad took the lead in the 25th minute when a  ball over the top was raced onto by PJ McDaid who slotted home at  the near post.

Redcastle replied by pushing Glengad back and just  before the break a run from Terry McColgan beat three defenders but was brought down by a fourth with McColgan then converted the resulting penalty.

Glengad started the second half brighter and pushed the home team back  and after a number of corners they regained the lead when Mark Smith poked the ball home in a crowded penalty area.

This brought a reaction from the home team who pressed Glengad for the remainder of the game  and had chances to equalise when Terry McColgan headed against the  cross bar and Shay Davenport shooting over when well placed.

It was Glengad who done the remaining of the scoring with two quick-fire goals on the break.

Firstly a penalty when the home keeper was adjudged to have taken down Kelly who slotted home to make it 3-1 and Gary Kelly raced clear on the left and advanced into the area to tuck home giving the keeper no chance.