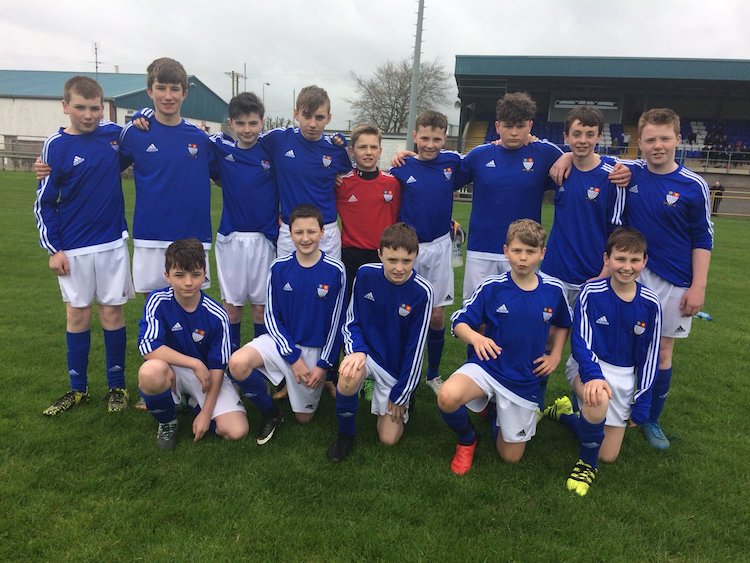 Defending Champions Dublin Oak Academy, Bray have kept their three in a row title ambitions alive with a heroic performance against the Royal & Prior Comprehensive School in Monaghan yesterday afternoon.

Hector Hernandez ensured a dream start for the Leinster kingpins when he netted past Matthew Gibson six minutes in with an exquisite finish.

However their celebrations were short lived as a fabulous equalizer four minutes later through Joshua Maxwell stunned the Bray School.

Luke and Alex Parke were instrumental alongside goal-scorer Joshua Maxwell and Captain Matthew Gibson for Raphoe all afternoon but the Mexican students broke their hearts with nine minutes to go as Jaime Priego doubled their lead in this tie.

Bray converted their third of the day seconds from time as German Lomelin tapped in at the far post.

John McShane’s side will now await the winners of the other semi-final pairing which will see Coola Post Primary School up against St. Mary’s SS, Newport.

Royal and Prior first years undone by Bray in national semi-final was last modified: April 25th, 2018 by Chris McNulty