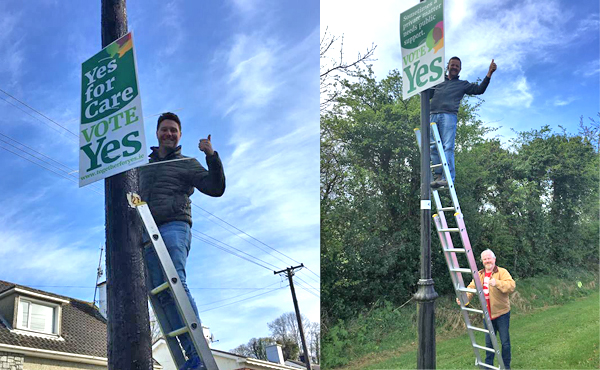 The Together for Yes Campaign in Donegal has set out to encourage men to see how the 8th amendment matters to them too.

The #men4yes is a nationwide pro-repeal movement to increase male involvement in the conversation on the abortion referendum. The campaign was officially launched on Monday by Irish celebrity sports stars and presenters including Richie Sadlier, Gordon D’Arcy, Andy Lee, Kevin McGahern and Con Murphy.

In Donegal, male campaigners have been out canvassing door-to-door and putting up new Yes posters for the pro-choice campaign in local towns. 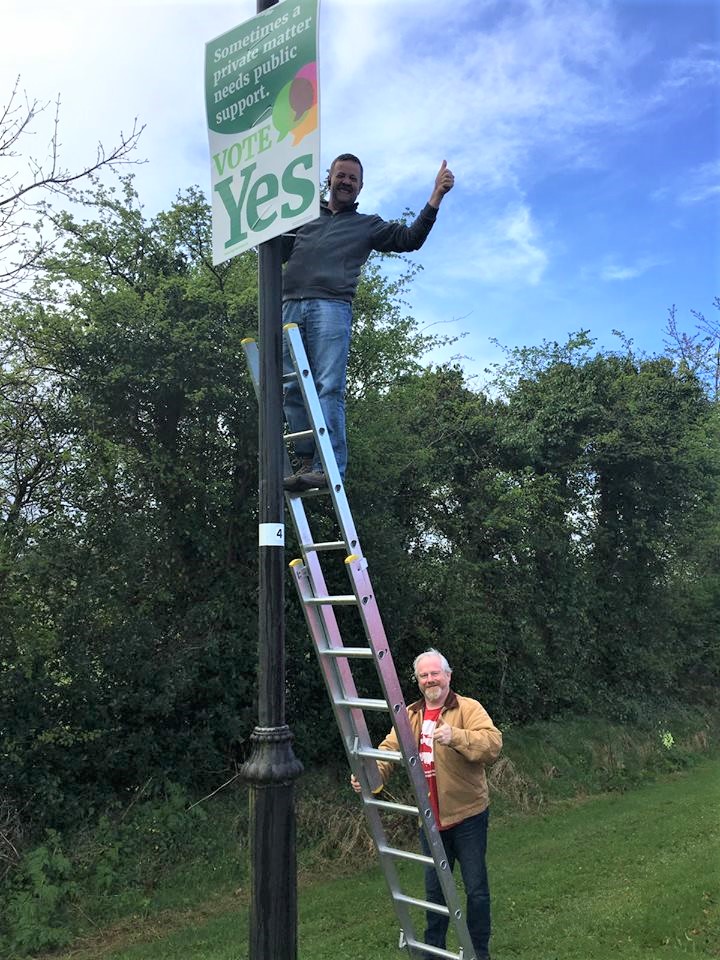 Donegal Together for Yes spokesperson Cathleen Shiels said: “We understand that men might be hesitant to engage in this debate, as the 8th amendment is largely seen as a women’s healthcare issue. But the 8th is also an issue for men because it affects their daughters, wives, sisters, mothers, aunts, nieces and friends.

“Donegal Together For Yes is urging men, young and old, to engage in the referendum debate by sharing their story with our campaign, have a discussion, or joining one of our men-specific events around the country. Most men feel compassion for the women who are damaged by the 8th Amendment – for the 3,000 women forced to travel overseas and the countless other forced to buy illegal pills online comes through.

“A YES vote allows us to create a safer, compassionate, and regulated system that protects women, their partners and families. A ‘No’ vote does nothing to improve the situation for those women and men who receive a diagnosis of fatal foetal anomaly or need to access abortion services due to a risk to health of the pregnant woman.”

Taoiseach Leo Varadkar has also supported the initiative, saying: “Some men feel the #8thref doesn’t affect us, or is an issue we should stay out of. It’s not. Talk to your daughters, sisters, mothers, girlfriends, wives and friends. We need your votes.”

Together for Yes launches poster campaign and male awareness initiative in Donegal was last modified: April 25th, 2018 by Staff Writer
Tags:
donegal together for yesmen4yes