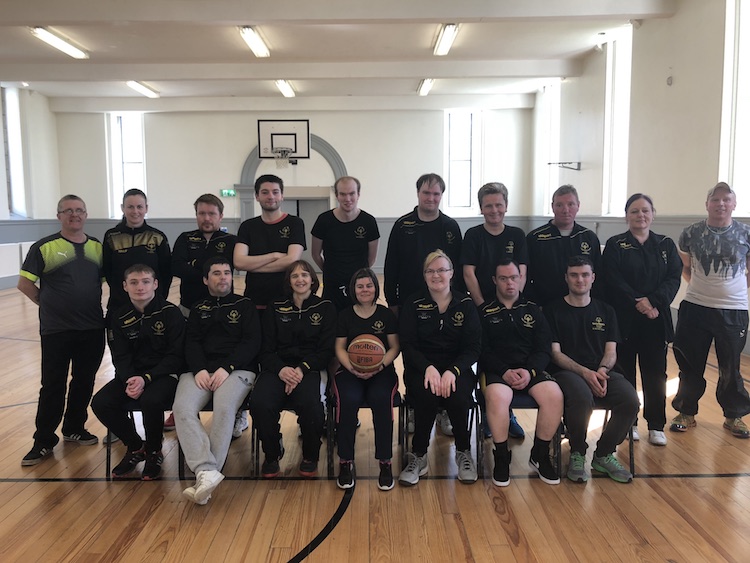 Hidden away in the grounds of St Conal’s Hospital, it has been described as ‘Letterkenny’s best kept secret’ – but the secret is almost out.

North West Special Olympics Club athletes will compete in indoor soccer and basketball at the Games, which are being held in Dublin from June 14-17 next.

The Games see 1,600 athletes compete in a wide range of sports and the North West Special Olympics Club have been gearing up for these Games ever since the conclusion of the 2014 version in Limerick.

“It’s massive especially for ones who haven’t been there before at the Games,” says soccer coach Pat McLaughlin.

“Seeing the faces of the athletes that go to the Games is amazing.

“They deserve it. They put a lot of hard work into it.”

Basketball coach Tommy McCay is traveling this time as a coach having previously acted as a coach chaperone at three All-Ireland Games. 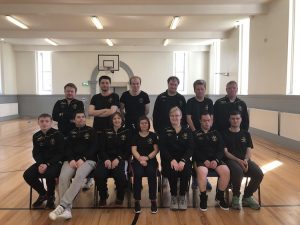 “This will be my fourth time going, but the time I’m the coach.

“There’s more responsibility this way and it’s taken me this long to get this far. Me and Bill (McIntyre) started down here when the two clubs, Strabane and Letterkenny, needed to combine.”

Daniel Cannon has been to several All-Ireland Games as an athlete going back to 2002, but this will be his first time concentrating on basketball.

“The Games are massive for me,” Daniel says.

“It’s great to take part, to see new people and to meet people from the other regions. We have good coaches here who help us so much. I love it here.”

Daniel feels the coaching he gets and the friendships he’s made have made are the big plusses. “It helps me get better in a lot of ways,” he says.

McLaughlin has been part of the club for 11 years now and has big plans for the soccer side.

“The aim of the club is to have two soccer clubs next year,” he says.

“I’ve been lucky to experience the All-Irelands and it’s absolutely brilliant. We’ve been successful at the Games, but no matter what we do, it’s about the athletes having fun.

“A few who came back from Limerick four years ago are still in touch with people they met there.”

Pat, who is aided by the likes of Natalie McFadden, the Bonagee United senior ladies captain, says his team has been in training for a couple of years for these Games. They also compete in a League and before the Games are in with a chance of winning the First Division.

Nicky McDermott came to London 20 years ago and has been involved with the North West Special Olympics Club for the past 19 years.

“I nodded too many times in meetings and I’m still here,” she laughs.

Her first involvement was when she was advised to take her son, who has autism, to the club. She has been a driving force ever since.

“My spare bedroom is basically an office,” says Nicky.

“We are always looking for more coaches and people just to generally help out. We have a set core of excellent coaches. We are really lucky to have them. 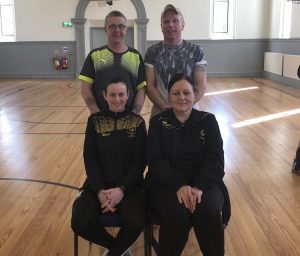 “We used to do sports like swimming, athletics, golf and horse riding, but we have narrowed it down to team sports in basketball and football and we also accommodate the lower ability athletes in skills.”

Nicky likens the club to the running of a small business.

Being based at The Vestry has given the club both stability and a chance to plan for the future.

“We had to fundraise so much for this facility,” she says.

“It’s great because this is our home and we’re a shareholder in this. We have been very, very lucky in that we have been able to use facilities at St Eunan’s College and Bonagee United while there was work going on in here.”

But there is so much more about the club than a sporting or competitive arena.

“It’s a sports club primarily, but there is a very strong social scene here too,” McCay says.

“For the majority of them, this is the pinnacle. They do make a big show at the Games and to even get that far takes so much effort.

“You want them to succeed and you step back. It’s about them. We get real rewards as coaches by seeing them do well.”

McCay uses the example of his own step-daughter, Siobhan, who is a member of the club. Siobhan has played football for Ireland in Poland and is going to the 2018 Games as a basketball player.

McCay says: “She has really developed as a person by being involved here. It’s a massive part of her life. She is proud that she plays here.”

The pride courses through the veins of coaches and players alike and they bring a real sense of identity and belonging to their club.

McDermott says the Games mean this is the ‘biggest’ year in the cycle for the club, with an eye-watering €9,000 needed for the Games.

The transition year students at St Eunan’s have aided in the fundraising while the club benefited from the Ballyare 10k last year and she notes the support of Donegal County Council. It has been common, too, for bag packing fundraisers at the likes of Dunne’s and Tesco.

And it’s all geared towards June when a blend of fun and competitiveness that other organisations could learn from will showcase the best of sport and the best of times.