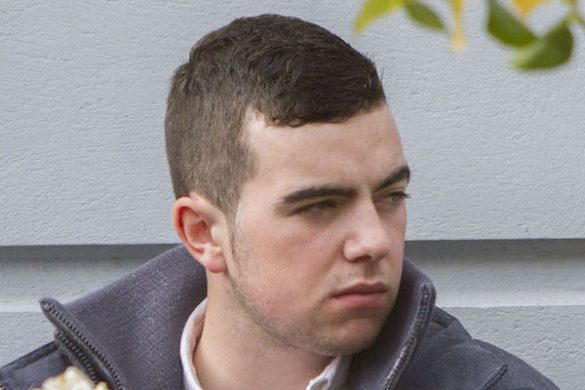 The heartbroken mother of a young man killed by his friend after speeding away from a pub says she will never recover from the loss of her son.

John Hegarty was just 21 when he was killed outside Buncrana in Co Donegal in July 2015.

His friend Seosamh McGonigle, then aged 19, drove his Toyota Corolla car at speed away from the Foot Inn in Burnfoot before losing control and crashing it into a large stone boulder.

Mr Hegarty was killed while two other men, the driver McGonigle and his front-seat passenger Lee McDermott survived.

Mr Hegarty, who died at the scene from horrific injuries, was not wearing a seatbelt at the time of the crash while the two survivors were.

Mrs Mary Hegarty paid tribute to her late son at Letterkenny Circuit Court as McGonigle pleaded guilty to dangerous driving causing the death of John and also not having any car insurance on the date.

Mrs Hegarty revealed how she knelt beside her son at the scene of the brutal crash on the night of July 12th, 2015.

She thought her son had simply been injured in the crash but as she made her way through the Garda cordon, another person sympathised with her.

She told how she knelt beside her son while her husband cradled his head and another brother lay on top of him in grief.

“It was the worst night of my life. To this day we do not remember leaving the scene,” she said.

She described her tragic son as a mammy’s boy who phoned home from wherever he was and wasn’t embarrassed by it.

She added that he had great respect for people, loved music, knew the words to all songs and loved playing guitar.

Mrs Hegarty said John was missed dearly by all his family including his brothers and sisters and young brother Ronan with whom he shared so much time.

Mrs Hegarty concluded “All we have is beautiful memories which we will treasure forever.

“His death could have been prevented – the loss of our beautiful brother and son is a cross we will have to carry for the rest of our lives.”

She added that none of her son’s friends who had been at the scene had called to her home since the crash.

Garda Sergeant Stephen Lynch told how the accused had come to collect John Hegarty and Lee McDermott at the pub but had not been drinking at all.

However, when he left the pub it was likely that he was driving at speed before hitting a grass margin and then losing control of the car before it hit a boulder after crossing to the opposite side of the road at Carnashannagh, Burnfoot.

Barrister for the accused, Mr Richard Lyons, said his client, who is from Glackmore, Muff, had put his hands up from an early stage and had returned from Australia to appear in court.

He said his client was deeply remorseful for what had happened and had not been behind the wheel of a car since.

He said his client had attended Mr Hegarty’s funeral but had not deemed it appropriate to call to the family home with the pending court case.

Judge John Aylmer adjourned the case for sentence until Friday week, May 4th.