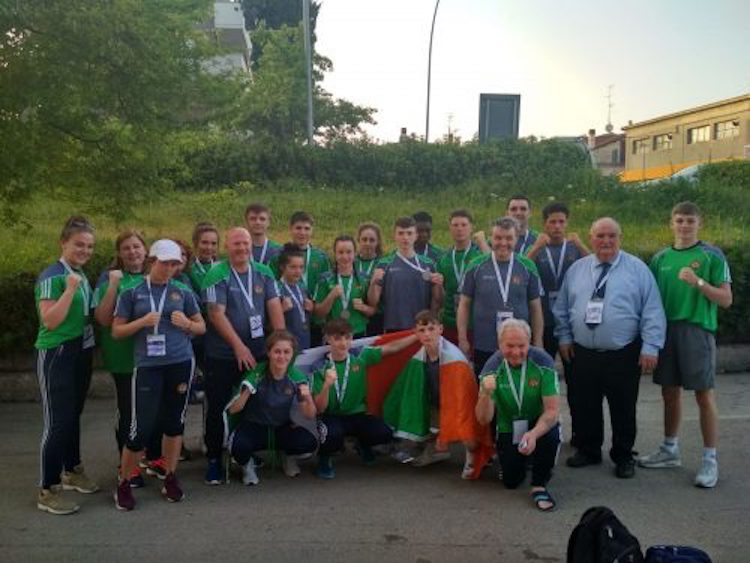 Peter O’Donnell says this week’s European Youth Championships has proved that Irish boxers can still dance with the best of them.

Ireland finish in fifth place in the medals table in Roseto degli Abruzzi after collecting one gold, three silver and two bronze medals.

Raphoe ABC’s O’Donnell, who is the Donegal Boxing Board President, was the Ireland team manager for the Championships and will lead the six medalists back to Dublin this afternoon.

“Boxing in Ireland is in a great position after the Championships,” O’Donnell said.

“There area lot of great young prospects coming through at every level. It shows that Irish boxing is in a good place coming in to the next two years ahead of the Tokyo Olympics.”

Moorehouse, who was last year’s European Youth champion, got the verdict on a 4-1 split to take gold.

“She was brilliant,” O’Donnell said.

“She did it the hard way. She was outstanding in every bout. It’s as good as I’ve seen.” 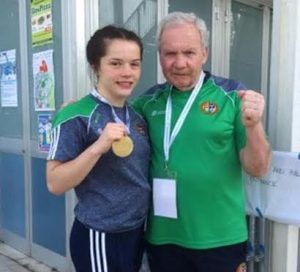 Sligo flyweight Dean Clancy lost out to England’s Evan Price in his final, featherweight Dearbhla Rooney was beaten by Slovakia’s Jessica Triebelova while light-welter Evelyn Igharo settled for silver after a loss to Gemma Richardson of England.

O’Donnell said: “It’s a great honour and a great achievement for Irish boxers.

“To be in such a big level of competition and to come back with six medals is brilliant for Irish boxing.

“A quarter of the boxers we had in Italy reached finals and we have eight boxers qualify for the World Youth Championships in Hungary.

“It was an absolute honour to be manager of an Irish team going anywhere never mind to win medals.”