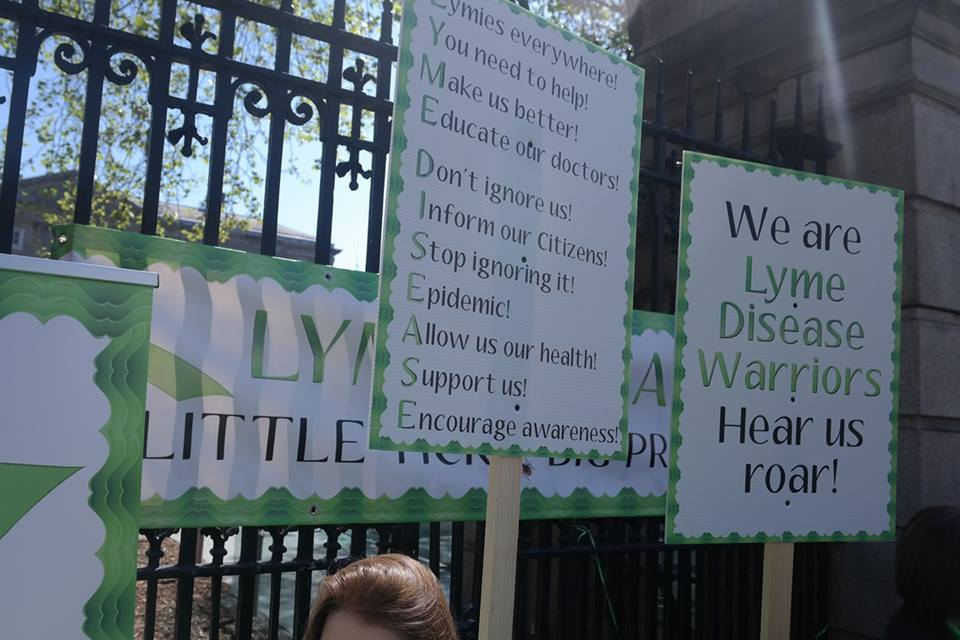 Lyme Disease Patients from Donegal and throughout Ireland will gather at Dail Eireann with their families and friends this Tuesday 1st May to highlight the plight of Irish suffers of Lyme and Tick borne co-infections.

The group will join with millions of others around the world who will be marking International Lyme Disease Awareness Day by marching, rallying at government buildings and doing all they can to raise awareness of this debilitating illness. Lyme disease is a bacterial disease transmitted predominantly by the bite of an infected deer tick.

The Donegal Lyme Disease Support Group is working continuously to raise awareness of the disease in Ireland so it can be recognised as a chronic disease and financial support may be provided to patients.

The National Rally at Dail Eireann on May 1st at 11.30am will aim to highlight the life-changing effects of the disease and reiterate the call for better testing.

Over 300,000 people are diagnosed with Lyme Disease in the US every year, making it more highly diagnosed than HIV/AIDS. In Ireland, inaccurate testing and treatment make it impossible to know the correct number of cases, leaving many to travel abroad for diagnosis and treatment. The Dr Paul McKeown of the HSE recently estimated that there are upward of 200 cases in Ireland each year.

According to the HSE, if diagnosed in the early stages it can be treated with a short course of antibiotics, with most people recovering in a matter of days. Even if more serious symptoms develop, antibiotics can still help, although it may take slightly longer.  If the disease has been allowed to progress beyond the early stages then it becomes much harder to treat.