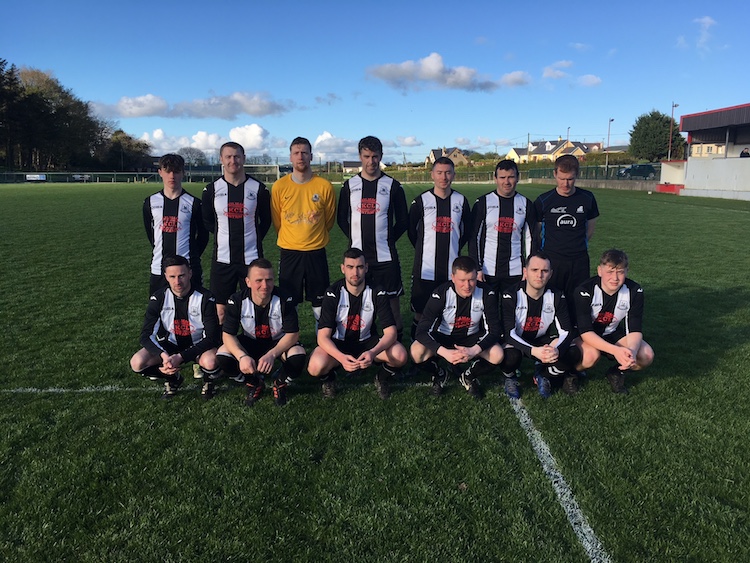 Raymond Shields and Kilmacrennan Celtic have the Brian McCormick Cup final to look forward to next month – and the Kilmac boss says his men have a couple of other ‘finals’ too.

Kilmac still have League games against Donegal Town and Cappry Rovers to play before their May 20 final against Kildrum Tigers.

And with the Lurgy men – who beat already-relegated Drumoghill 4-2 last night – still in danger of finishing in the relegation-promotion play-off spot, Shields and co will treat those games with as much vigour as the final.

“To be honest I thought we had the artillery to fight for the title,” Shields admitted lats night

“If we can stay up – and I really think we should – and win the Brian McCormick Cup final, it will be a successful season.

Kilmac chalked up a valuable win at The Moss last night and Shields said: “It was all about the three points. It doesn’t matter when you come here, you’ll always get a tough game. We needed three points to keep away from the play-off. That’s all we wanted to do.”