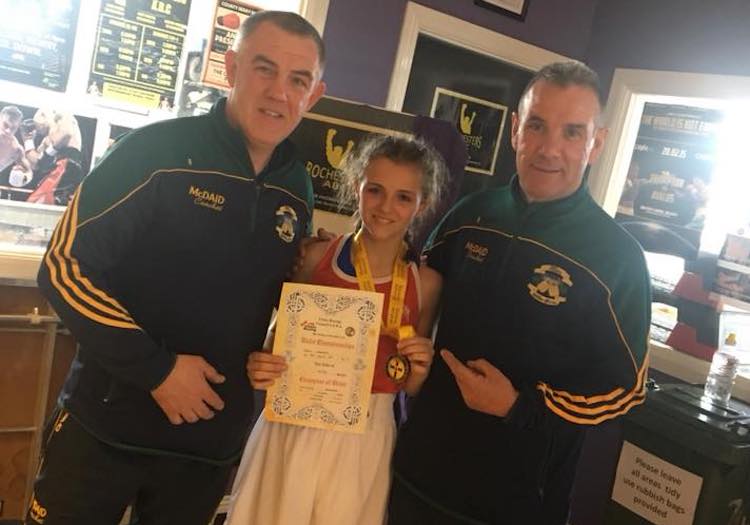 Duffy, the daughter of well-known boxing referee Sadie, is in her first year in the ring and she turned in a superb performance to overcome Caoilfhionn Crowley in the Girl 1 39kgs final at the Richesters Boxing Club.

Duffy was eye-catching as she picked Crowley, from the Erne club in Enniskillen, off throughout the bout.

Duffy earned a 4-1 decision from the judges and now advances to the National Girl Championships, which glove off in Dublin on Friday night.

Duffy’s clubmate Courtney Clare lost out to Chantelle Ritchie from Gilford in the Girl 6 66kgs final.

Two Castles ABC’s Grainne Gallagher – sister of European Youth bronze medalist Judge, who was introduced to the crowd – had a blistering display to defeat Sharkira Doherty from Coleraine in the Girl 5 70kgs decider, while Donna Park from St John’s in Derry overcame Andrea Leer (Castleblaney) in the Girl 4 43kgs final.

Donegal will have ten boxers in the National Championships.