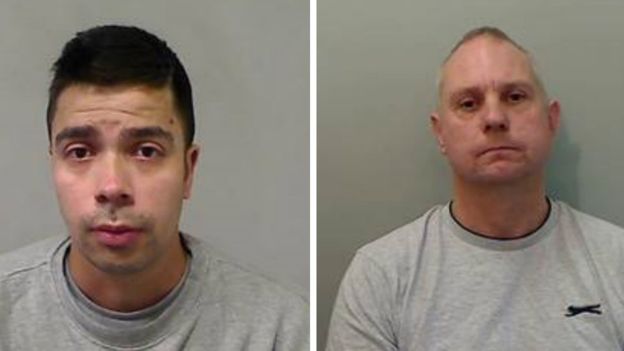 Donegal gardai have been asked to make clear their protocol on sexual offenders and paedophile alerts following last week’s ‘hysteria’.

The arrival of Northern Ireland paedophiles James White and Alexis Guesto in Donegal sparked widespread panic as frightened communities attempted to keep track of the pair.

Child rapist James White, 48, and his associate Jason Lydiard (who also uses the name Alexis Guesto), 26, were arrested in Co. Armagh on Saturday, after registering in Donegal the previous week. The pair were wanted by PSNI or a range of offences, including breach of licence and warrants.

Senior Garda Officers were quizzed on what is the public alert protocol for such persons at today’s Donegal County Joint Policing Committee Meeting.

Mayor Gerry McMonagle said there was a lot of consternation and worry among the Donegal public.

He said “It makes it worse if the crime officer is on the radio asking people to be on alert if there is a suspicious van and yet we had two people roaming the county and none of the local neighbourhoods were informed.

“It created hysteria. Why are the paedophiles allowed to come and live in estates and no local residents are informed.”

Cllr McMonagle asked for clarification on protocol for sex offenders who come into areas that may be near schools.

He supported the continued calls for a policing slot on local radio for Garda to share updates on investigations and issue public alerts.

He said: “There are a lot more things happening out there than are contained in garda figures. If we had a weekly slot on the radio people would also be more likely to regularly contact the gardai and report crime.”

Community Representative Mr Joe Boland said: “There was a lot of hysteria and posts on Facebook and social media that terrorised people who may not have had anything to be afraid of.”

Mr Boland added: “There are a lot of people on the register who are living more locally, is there a restriction on them to not be residing in areas near schools or places for young people? I have a fear that because of the hysteria there will be repercussions for other people. I don’t want to see any more vigilantes.”

Inspector Denis Joyce explained that paedophiles or persons convicted of sexual crimes have to go on the register and have to notify gardai of where they are living and when they are going on holidays.

“Offenders are restricted from certain areas, but not fully, they do have freedoms and rights as well,” he said.

Inspector Joyce confirmed that the full Garda protocol will be shared at the next Joint Policing Committee in July.