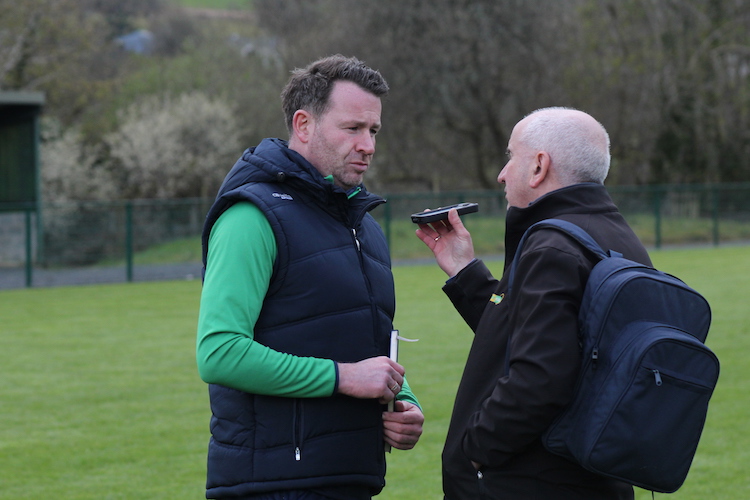 Bernard McGeehan says Sean MacCumhaills are starting to believe in themselves again.

Goals in either half by Paddy Hannigan and Aaron Kelly sealed an impressive win that has the Twin Towns side at the top of the table.

“This club is at a really important stage with young fellas coming through,” says McGeehan, who took the reigns this winter from Stephen Friel.

“We knew the squad was going to be deeper. If you have a deep, healthy squad, it manages itself.

“We’re starting to believe that if we keep the hard work up that we can compete with any team in this Division.”

After a minor bump in the road in the form of a loss to Four Masters last weekend, MacCumhaills got back to winning ways at Pairc Tabhoige. And McGeehan’s comments about the meaning of a derby win show perhaps a new-found focus.

He says: “We tried to put the focus on the boys that it was all about two points. Beating Glenfin doesn’t get you three or four points. It’s sweet in the context that we haven’t had bragging rights in a while, but it’s still two points”.