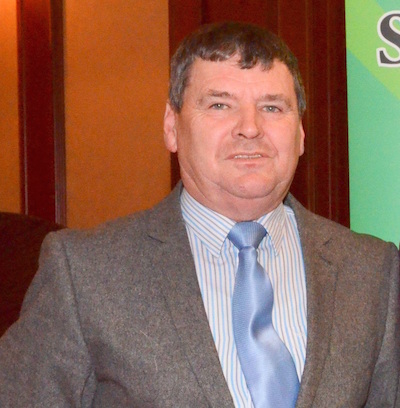 Finn Valley AC’s Neil Martin has been appointed as the new Chair of High Performance at Athletics Ireland.

The prestigious post was up for grabs at the Athletics Ireland Congress at the weekend – and the Glenfin native was elected to the role after a vote.

Martin will now lead the High Performance set-up for the next two years after gaining enough votes to take the seat.

Donegal will be well represented on the committees after this year’s Congress.

Killybegs native Bernie O’Callaghan joins Martn on the Board after being elected to serve as the Ulster Council’s representative.

Elsewhere, Dermot McGranaghan of Finn Valley was elected to serve on the coaching and juvenile committees while Tir Chonaill AC’s Eamonn Harvey and Letterkenny AC’s Teresa McDaid were elected onto the High Performance committee.