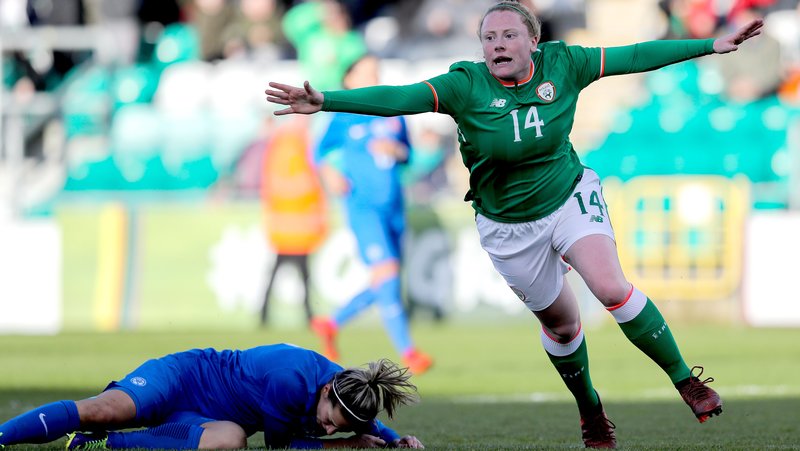 Amber Barrett has been shortlisted for the first Continental Tyres Women’s National League Player of the Month award of 2018.

The Milford woman has been on song for Peamount United and also bagged her first senior goal for the Republic of Ireland last month.

Due to the international break, the Continental Tyre’s Women’s National League Player of the Month Award is combined for March and April. Barrett faces competition from Galway’s Aislinn Meaney and Wexford’s Nicola Sinnott.

The winner will be presented with the award later in the week before it is announced.

The Women’s National League season has got off to a flyer with just two points separating the top three teams in what is one of the most competitive seasons to date.

Peamount are second, one point behind leaders Shelbourne.

Barrett netted a hat-trick for the Peas in a 4-0 win over Kilkenny, scored twice in the 3-0 win over Limerick, once in a 4-1 success over Shels and was on the mark in the 2-2 draw with Wexford.

Barrett rose to national prominence with a dramatic winner for the Republic of Ireland in the World Cup qualifier against Slovakia.