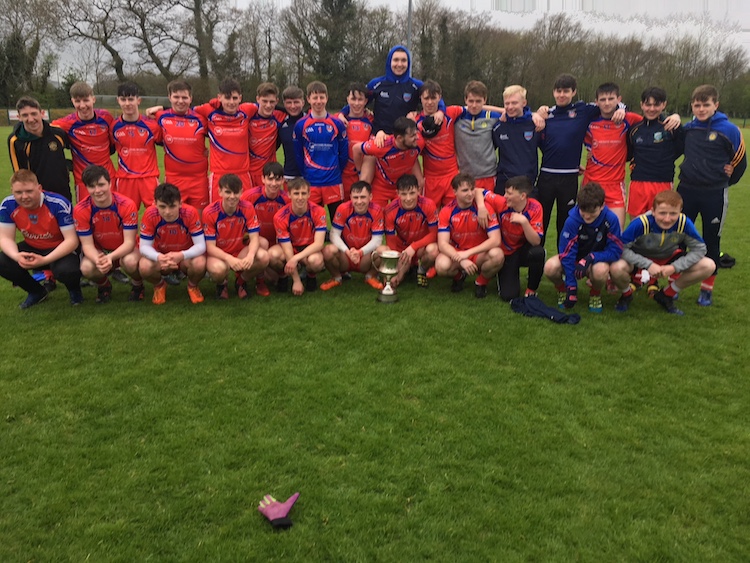 written by Chris McNulty May 1, 2018
FacebookTweetLinkedInPrint

Doherty hit a pair of goals in the first half, the second of them a penalty, and Michael Gallagher added another in the second half as Noel Ward’s men stormed to victory.

Carrick got off to the best possible start as a brilliant run by Gallagher resulted in an off-load for Dylan Kelly, who teed up Doherty to blast home the opening goal, just two minutes in.

It was one-way traffic in the early stages, but Carndonagh were a whisker from a goal as Oisin Hession shot against the post.

Gallagher and Doherty kept the board ticking and the south west men led 1-6 to no score by the 19th minute.

Carn got a lifeline, however, with two goals in a six minute spell.

First, Daniel Houghton set Lorcan Bradley up and he slotted past Colm Garvey, though Carrick contested that Houghton had fouled in the build-up.

When Garvey denied the Inishowen side with a fine save soon after, the Carn tails were up.

But in injury time at the end of the first half, Doherty tucked home a penalty after a Carn defender was penalised for a foot block and they led 2-9 to 2-0 at the short whistle.

A brace of Aaron Doherty frees at the start of the second half were bisected by a Carn double, their first points of the afternoon.

Carrick were denied a goal midway through part two. Aaron Doherty’s lob beat Daniel McCallion and hit the back stanchion in the net, but the goal wasn’t given.

They were denied again when Eoin Comack drilled against the crossbar but, two minutes from the end, the Carrick boys landed another goal as Gallagher palmed home from Doherty’s pass to cap off the scoring.