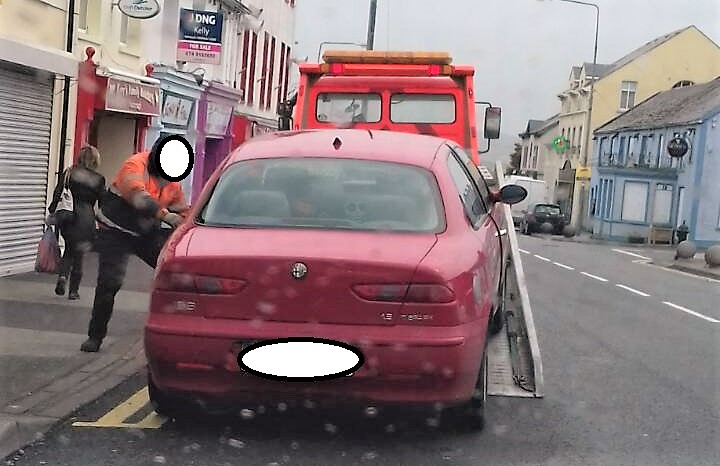 Donegal gardai are having a laugh-a with this Alfa warning

Gardai with the Donegal Roads Policing Unit have seized a car in Falcarragh town with a warning for road users, especially Alfa Romeo drivers.

The Garda Traffic twitter account has today shared details of a car seizure in Donegal, while poking a bit of fun at the situation. The car was found to have no tax or NCT and was subsequently seized.

Earlier today, it was announced that Garda Traffic Corps had appointed three new members to the Donegal division under a new modernisation and renewal programme. The new name for the unit is now called the Roads Policing Unit, with a focus on detecting offences and crime detection and prevention.

Donegal gardai are having a laugh-a with this Alfa warning was last modified: May 1st, 2018 by Rachel McLaughlin