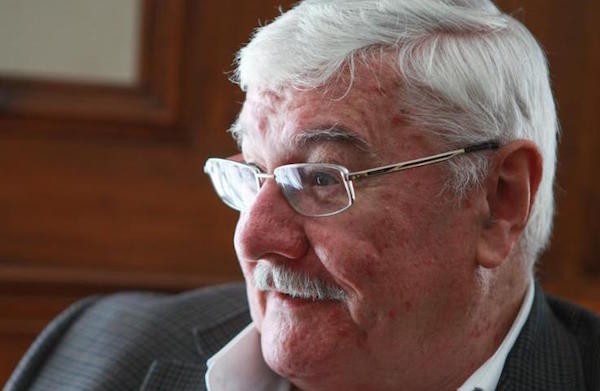 The death has been announced of popular journalist Tony O’Callaghan.

Tony, who was well-known across the entire country was 69 and passed away at Letterkenny University Hospital earlier today.

He was from Killybegs.

As well as working locally with the Donegal People’s Press, Tony worked at national newspaper level with the Irish Press.

He was extremely knowledgeable on all maritime matters and was very proud form the fishing town from where he hailed.

In later years Tony was employed by the court service as a stenographer.

His brother Bernie took to social media to announce his brother’s passing.

He wrote “Very sorry to announce the passing of my brother Tony after a short illness. RIP. He had a very successful career with the Irish Press, Donegal’s People Press and had numerous clients in the political world. A loving man who had a wonderful sense of humour he will be sadly missed by his wife Trish, children Karen and Conal and large family, friends and colleagues. May his gentle soul Rest In Peace.”

Tony was a good friend to Donegal and often furnished us with notes or news stories from his locality.

May you rest in peace Tony.