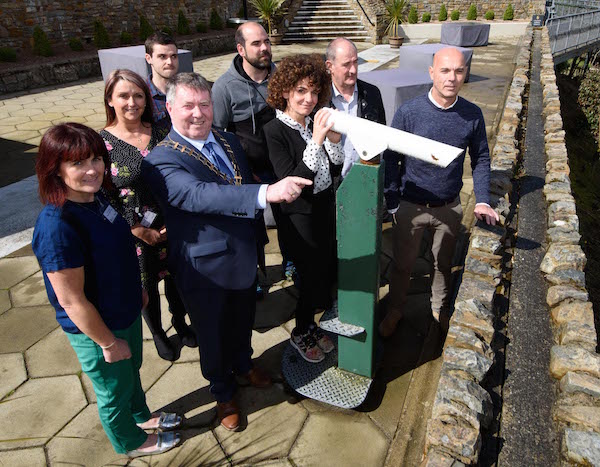 35 delegates from Italy, Norway, Spain, the Basque country, Romania and Holland joined with colleagues from Donegal County Council to explore how best to improve the management and preservation of coastal heritage and landscapes.

Speaking to delegates, Cathaoirleach Cllr. Gerry McMonagle introduced some of the most unique aspects of Donegal’s coastal landscape explaining that Donegal’s 1,134km of coastline is the longest on the island of Ireland.

“We have a network of thriving coastal towns, villages and clachans and there are 99 coastal settlements and many more small clusters and communities around our coast” explained Cllr. McMonagle.

“The built heritage is unparallel with influences including local building materials, local skills, customs and historical influences such as the Plantation, maritime and military architecture and ecclesiastical influences to name but a few and we also have a unique cultural and linguistic heritage”. 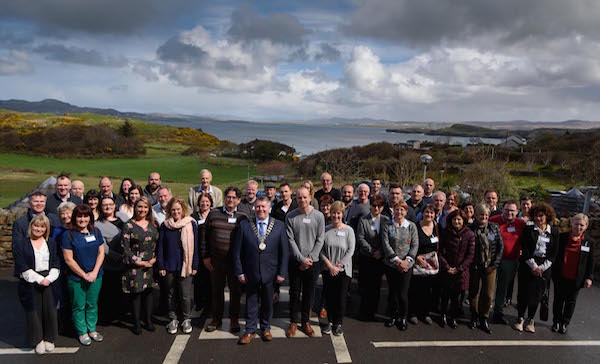 in Ireland under the stewardship of the then Minister for Local Government the late Neil T. Blaney.

The Hericoast Project which is funded under the EU INTERREG Programme aims to improve the management of coastal natural and cultural heritage policies. Within Donegal the project focuses on the unique character of coastal settlements and examines the built, cultural, non-renewable, man-made and natural resources, traditions and lifestyle that form an integral part of the coastal landscape.

Delegates spent three days in Donegal including one day travelling from Fanad Lighthouse exploring the western Swilly coastline finishing their tour in Rathmullan.

Cllr. McMonagle believed that this event was not only a great opportunity to showcase the stunning Donegal coastline to our counterparts in Europe but to engage in such a way as allow for sharing of experiences and insights that will contribute and inform the future protection, conservation and managed growth of the county’s coastal heritage in a way that is both balanced and appropriate.

Donegal’s stunning coastline is centrepiece for Hericoast delegation was last modified: May 2nd, 2018 by Stephen Maguire