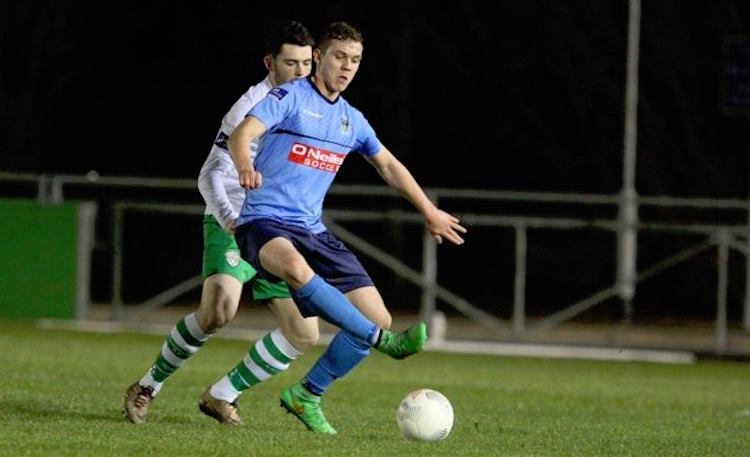 written by Chris McNulty May 2, 2018
Facebook0Tweet0LinkedIn0Print0

The Tooban man, who has scored nine goals in nine First Division games for UCD this season, is being eyed up by Stephen Kenny, the Dundalk manager.

Kenny has been a long-term admirer of Kelly, who lives in Fahan, just a stone’s throw from the striker’s home.

The Derry City manager, Kenny Shields, has also been keen on Kelly, but it is being reported by leagueofireland.ie that the player is to move to Oriel Park in July.

Kelly bagged a club record 17 goals for UCD last season and has been in fine form this season again.

Previously, he was on Derry’s books before moving to UCD, where he is in the final weeks of a Commerce degree.