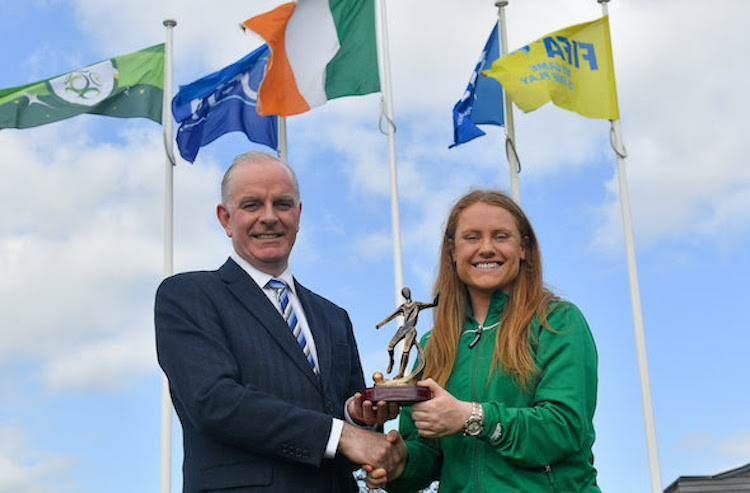 Barrett has began the season in scintillating form having scored six goals and helped Peamount United to remain unbeaten in the 2017 season.

The Donegal-native also scored one of the goals of the season so far with a fantastic 70-yard run and finish in the impressive 4-1 win over Shelbourne Ladies.

Barrett beat stiff competition to the award, Wexford Youths’ Nicola Sinnott and Galway Women’s star Aislinn Meaney, and it is the first Player of the Month award she has won.

The Peas striker said: “I’m absolutely delighted to win the award. It’s been a fantastic start to the season and I’d like to thank all of my teammates who’ve been brilliant so far this campaign.

“It’s been a really competitive start to the season and you can see the teams at the top of the table, it’s going to be a really difficult title race but we’re delighted to be right in it.”

Barrett continued: “I’m already a bit nervous about tomorrow’s game which is good because it shows how big of a game it is for us. We got a great result against them in the league earlier in the season and I’m sure they’ll be looking to get one over us.

“We’re really hoping we can continue our form and really kick on. We’ve got a long way to go but we’ve started the season right so we’ve really got to keep improving and see where it takes us.”