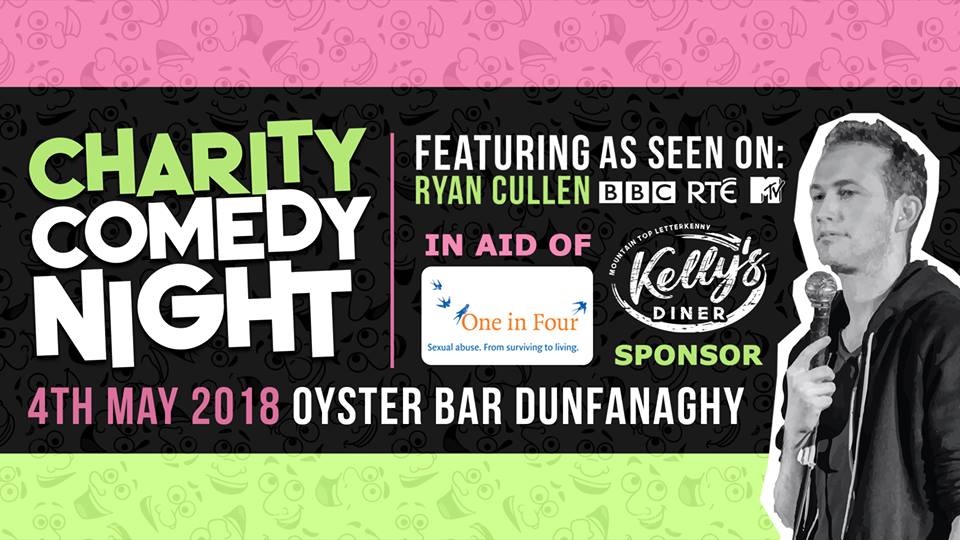 Craic, charity and comedy in store for Dunfanaghy tonight

Many locals will be kicking off the Bank Holiday weekend in good humour at the Dunfanaghy Charity Comedy Night this Friday night (4th May).

Lifford Comedian Ryan Cullen leads the line-up for this much-anticipated event at The Oyster Bar in Dunfanaghy. Ryan is a well-known figure in the Irish comedy scene and Twittersphere and has appeared on MTV, BBC and RTÉ.

Pauric Gallagher will be on MC’ing duties, with a host of other excellent Donegal acts, including Aftab Ahmed and Dunfanaghy’s own Kevin McFadden taking to the stage. 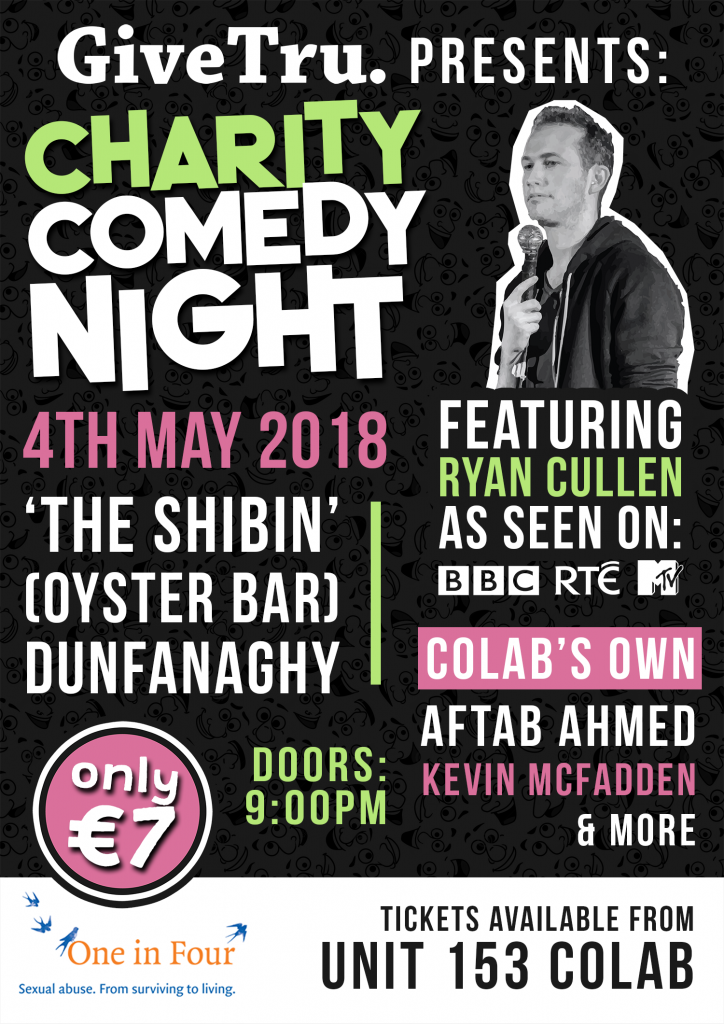 This is the latest fundraising event by GiveTru – a non-profit, independent community group that brings people together to encourage engagement and support for charity.

Proceeds from tonight’s comedy show will be in aid of One in Four Ireland. The organisation provides psychotherapy and advocacy services to men and women who have experienced sexual violence.

Craic, charity and comedy in store for Dunfanaghy tonight was last modified: May 4th, 2018 by Rachel McLaughlin
Tags:
COMEDYDunfanaghygivetruryan cullen