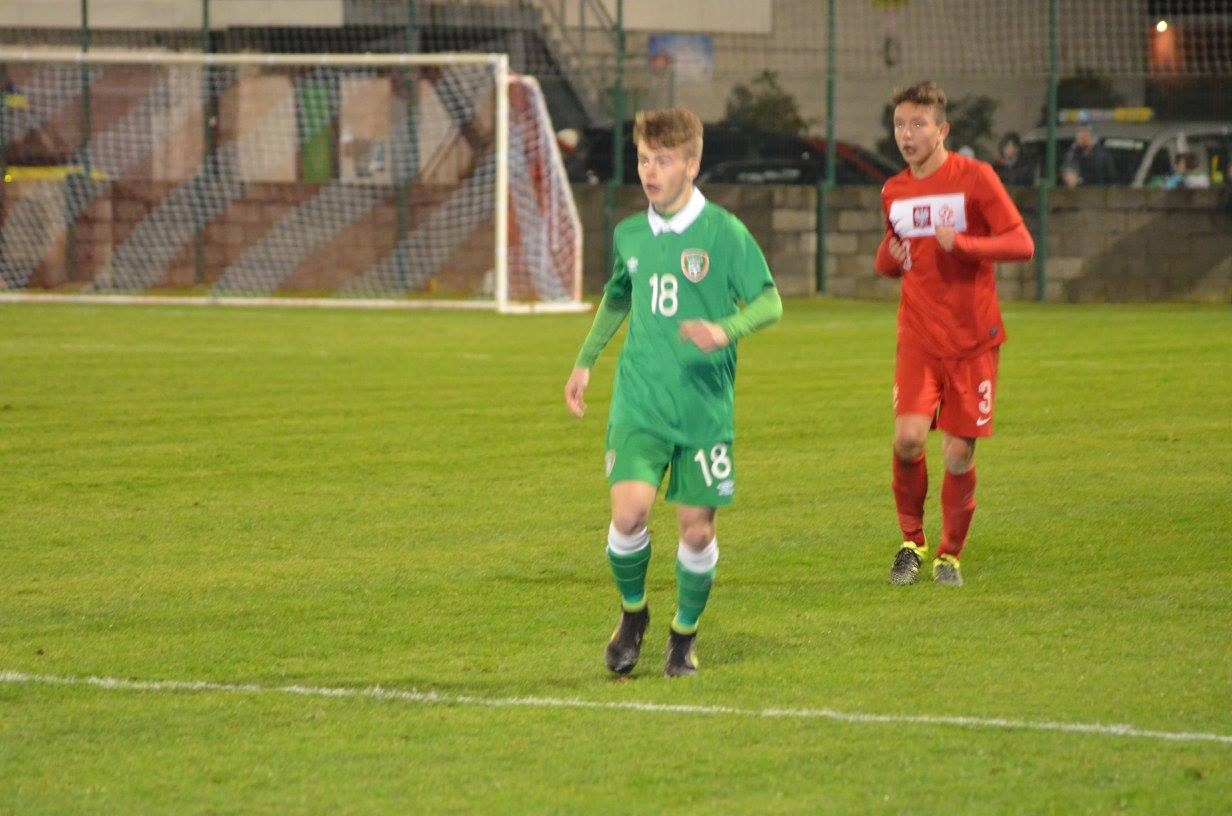 written by Chris McNulty May 4, 2018
FacebookTweetLinkedInPrint

Walsh, who last summer moved to Swansea City from Finn Harps, is included in Colin O’Brien’s squad for games against Belgium, Denmark and Bosnia over the next week.

The Boys in Green go into the tournament as top seeds following an impressive qualification campaign that saw them win six games from six – all away from home.

This is the second year in succession the Under-17’s have played at the Finals, with last year’s quarter-final appearance the best yet since the tournament was regraded in 2000.

The Under-17 World Champions, England, host the tournament ahead of the 2019 competition being held in Ireland. Interest in the Republic of Ireland games has been unprecedented, with the second group game against Denmark and the third game against Bosnia & Herzegovina, both of which take place in St George’s Park, already selling out.

With 18 goals in six qualification matches, Ireland, Spain and Norway were the most profilic scorers on the road to England, all averaging three goals per game. Ireland forward Idah comes into the tournament as the top scorer in Europe, with his tally of eight goals putting the Corkman top of the charts.