Incredible Instagrammer captures Donegal in all its glory

written by Rachel McLaughlin May 6, 2018

A popular Dutch blogger and ‘Instagramer’, Eelco Roos, has been touring the best of Donegal this week and taking stunning photos to share with almost half a million followers.

Eelco (@croyable) is here on a media trip highlighting some of the many great things to see and do in Donegal to prospective holidaymakers in the Netherlands. He is here as a guest of Tourism Ireland, Fáilte Ireland and Aer Lingus. 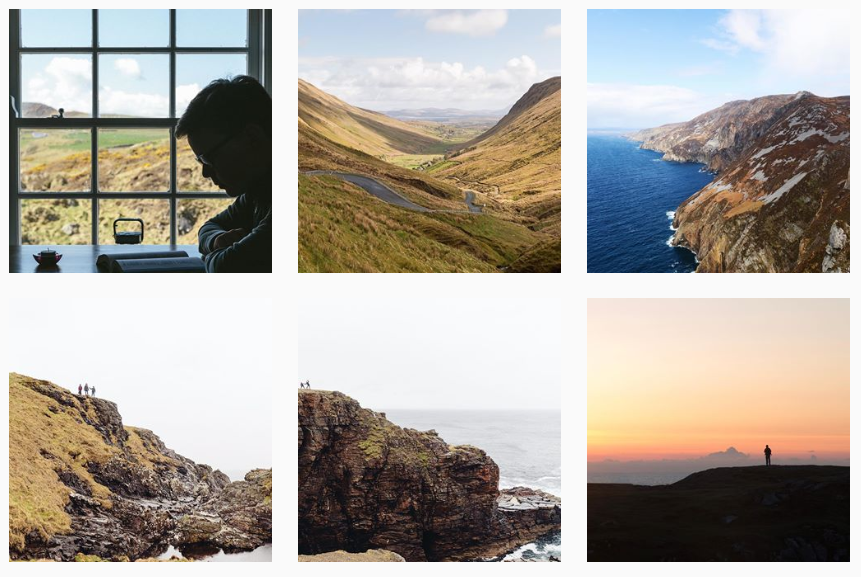 Eelco, who has around 437,000 followers on Instagram, flew to Donegal Airport – recently voted the world’s most scenic airport landing.

His family stayed in Fanad Lighthouse during the week, which he described as “the most unique stay we have ever experienced.”

We didn’t tell the kids where we would stay for the night, when we drove up we asked them where do you think we will stay tonight? They pointed at a few cottages and we kept saying ‘nope’ – the moment we ran out of road, their jaws dropped! I can honestly say this was the most unique stay we have ever experienced. #loveireland #highlyrecommended

Eelco also enjoyed a ‘sea safari’ around Arranmore Island with skipper Jim Muldowney, horse riding at Dunfanaghy Stables and a hand-weaving demonstration by local weaver Cyndi Graham, at her studio in Dunkineely.

Every country we visit as a family, we come across another dream house. Taken during a sea Safari where we spotted seals, tons of birds and enjoyed incredible views of cliffs as you can see in my story. #loveireland

We rented bikes and explored Glenveagh National Park, there is a bike lane through the whole park, how convenient. We pick nicked near a creek in the park, what a day. #loveireland

Karen van der Horst, Tourism Ireland’s Manager for the Netherlands said: “We’re delighted to welcome Eelco to Donegal. He has a strong following on Instagram, so his visit is a fantastic opportunity to showcase Donegal’s spectacular scenery to a wide audience of prospective Dutch holidaymakers. Eelco’s posts and photos will be seen and shared by his many online followers – inspiring them to come and sample Donegal for themselves.

Karen added: “Tourism Ireland undertakes a busy publicity programme around the world each year, to raise the profile of the island of Ireland. Visits by journalists and social influencers, such as Eelco, are a key element of that programme.”

I could pull over every few minutes here in Ireland, it is that beautiful in #donegal. On our way to Glenveagh National Park for a nice bike ride. #loveireland

Incredible Instagrammer captures Donegal in all its glory was last modified: May 8th, 2018 by Rachel McLaughlin
Tags:
donegalInstagramtourism