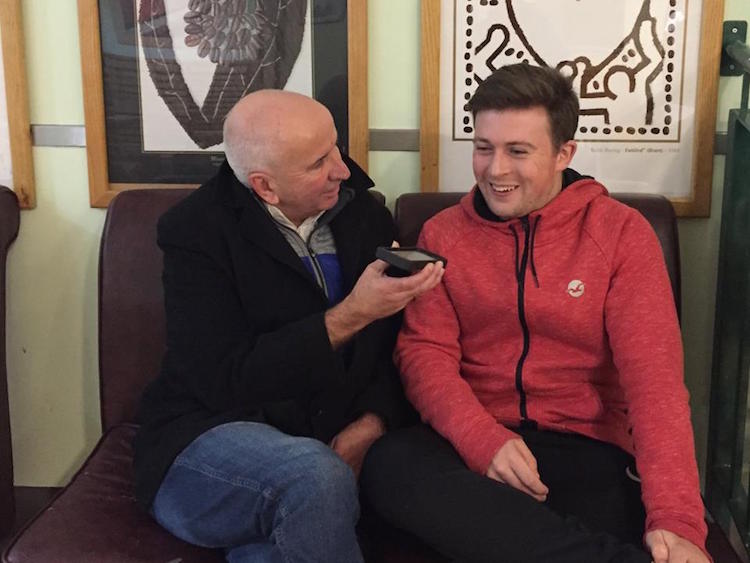 A TONY MCNAMEE GOAL five minutes from time was enough to edge Milford towards their first home win of the All-County Football League Division 1.

McNamee’s goal finally got Danny O’Donnell’s side over the line against a stubborn Dungloe team, who had led 1-7 to 1-6 after a wind-assisted first half with a goal from Barry Curran in the last minute of the half providing that slender lead.

Milford would’ve been in a more comfortable position had they taken the simple option on a number of occasions, when they opted to go for goal instead of points, although Kyle Black did net on 22 minutes to put some daylight between the sides and a 1-5 to 0-5 lead.

That goal came when Black rounded off a move that saw TJ Evesson play the final pass as Kane Barrett laid off a long ball in from Gary Merritt.

At that stage, all of Milford’s scores had come from the boot of Cathal McGettigan, whose 10 points in all were a bloodline of the victory.

Before Milford had even scored so much as a point, Daragh Black had hit a goal chance wide and hit the crossbar, while Gary Merritt struck the crossbar and saw Ciaran Sharkey make a fine save before Dungloe managed to hack to ball to relative safety.

Dungloe’s Daniel Ward had a fine first half for the more economical visitors, who also saw Ryan Greene in impressive form with four points.

Greene was also the provider for the Dungloe goal on the stroke of half-time, which was slapped into the Milford net by Curran

A point down at the start of part two, Daragh Black of Milford struck the Dungloe woodwork for the third time when he went for a low drive but slowly but surely the home team got their way in front.

Then, five minutes from time, substitute McNamee played a give and go to score Milford’s second goal and they managed to hold on to win and leave their deflated opponents rooted to the bottom the Division 1 table without so much as a point to their name.