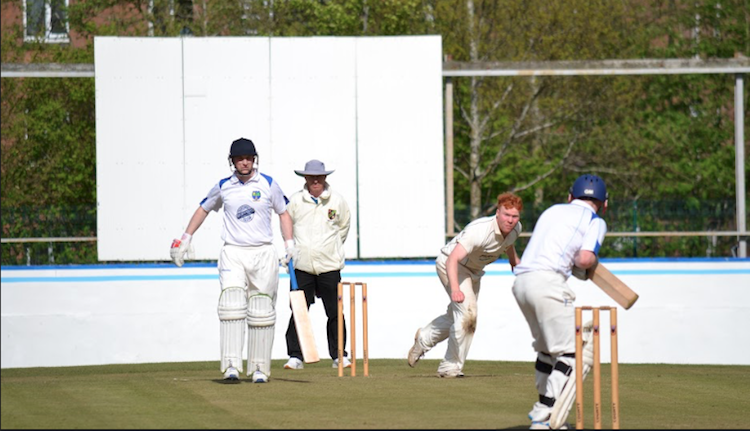 Cricket – St Johnston lose out to Glendermott by six wickets

St Johnston fell to a six-wicket defeat against Glendermott at The Rectory on Saturday.

St Johnston travelled to Glendermott looking to build on their win the previous week.

Skipper Ian Macbeth won the toss and elected to bat, on what seemed like a good wicket.

Jack Macbeth started well and made 31 before a middle order collapse left the saints on 60 for 6 and needing a lower order fight back.

Ramees Machingal took to the crease and batted very well for his fine 43 with support coming in the form of 22 from Dawie Barnard and useful cameos from Nathan Cole and Manav Bhavsar helping the saints to 155 all out.

Glendermott never really looked in trouble of getting this score as some wayward bowling and untimely dropped catches allowed them to cruise to the score for the loss of just 4 wickets.

Nathan Cole (above) faired best with the ball with his 10 overs conceding 32 runs and including a wicket, whilst Andrew Fleming also picked up a brace of wickets.

It was also good for the Saints to have Michael Rankin back on the team just 48 hours after his return from New Zealand and claiming a wicket in just one over, with his left arm spin at the death.

Cricket – St Johnston lose out to Glendermott by six wickets was last modified: May 8th, 2018 by Chris McNulty