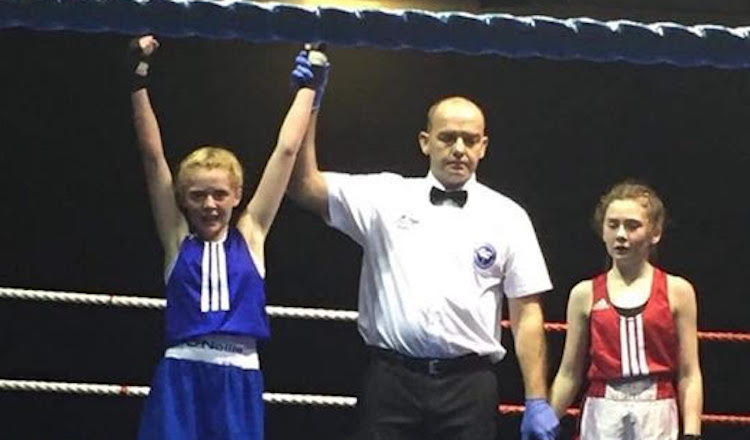 Twin Towns ABC’s Lani Lafferty secured a place in the final at the National Girl 1 to 6 Championships in Dublin.

Lafferty won two bouts at the weekend to reach the Girl 1 41kgs decider to join her Twin Towns colleague Alecia McMenamin in finals weekend at the end of the month.

Lafferty overcame Brianna Johnston of Tredagh 5-0 in her quarter-final on Friday night. And she followed that up with a super semi-final on Saturday. Lafferty again swept the judges cards for a 5-0 verdict against Sarah Murray from St Colman’s.

She now faces Aliyah Flood from Monkstown in Dublin in the final.

McMenamin, meanwhile, will be in the Girl 6 63kgs final.

There was no joy for Raphoe’s Cody Lafferty at the weekend as she was beaten by Chantelle Robinson (St Nicholas ABC) in a Girl 5 48kgs contest.

The following week, Carndonagh’s Molly Simmons, Raphoe’s Leah Gallen and Clonmany’s Grace Harkin will go through the ropes at the National Stadium.