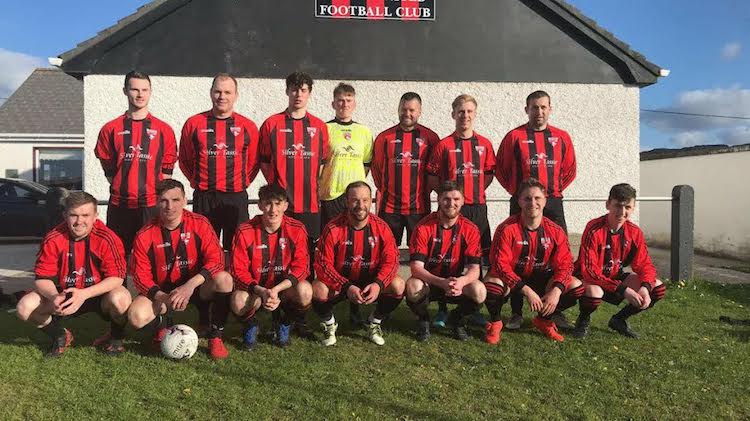 Fanad United rounded off their home fixtures for the season with a comprehensive 6-1 victory over a youthful Finn Harps Reserves side on Tuesday evening.

Fanad got off to a flying start taking the lead within the first minute. Matthew Crossan sprayed a ball out to the right which was controlled by Darren McElwaine who crossed the ball to Oisin McMenamin who scored.

In the 25th minute McMenamin forced Harps keeper Joe Boyle into a fine save from a shot from 8 yards.

From the resulting corner Oisin Langan headed over from six yards.

Fanad extended their lead in the 35th minute when Paddy Carr drove forward from mid-field and his inch perfect pass was met by Daire McDaid who finished at the near post. 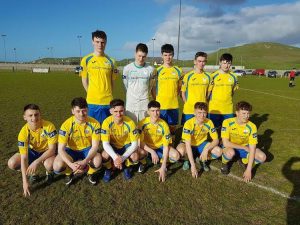 Three minutes later Fanad got their 3rd when Davitt Walsh showed persistence to win the ball at the by line and when he played the ball back to the edge of the box Daire McDaid produced a superb finish into the top corner.

Three minutes before the break Harps did have a chance to pull a goal back when Nathan Logue forced Eoghan Jordan into a fine save and when the ball looped up, Jordan Toland was on hand to head the ball off the line.

Harps attacked from the start in the second half and pulled a goal back five minutes in.

Dan O’Donnell raced through on goal and made no mistake from seven yards out.

However just three minutes later Fanad got their fourth. Daire McDaid showed great skill to evade 2 challenges before playing an inch perfect ball through to Oisin McMenamin who scored.

Two minutes after that Paddy Carr forced Joe Boyle into a fine full length save when he shot from the edge of the box.

The goal of the match came just after the hour mark when full back Matthew Crossan fired in a superb half-volley from all of 35 yards that gave Boyle no chance.

With 20 minutes remaining Zach Gorman missed a gilt edged chance to get a goal back fro Harps when he shot wide when well placed.

Fanad completed the scoring with five minutes remaining. Oisin McMenamin broke forward and hit the post from a tight angle, the ball rebounded to Matthew Crossan who’s shot was blocked but Darragh Black was on hand to hammer home the rebound.

USL – Fanad move up into second after big win over Harps Reserves was last modified: May 8th, 2018 by Chris McNulty