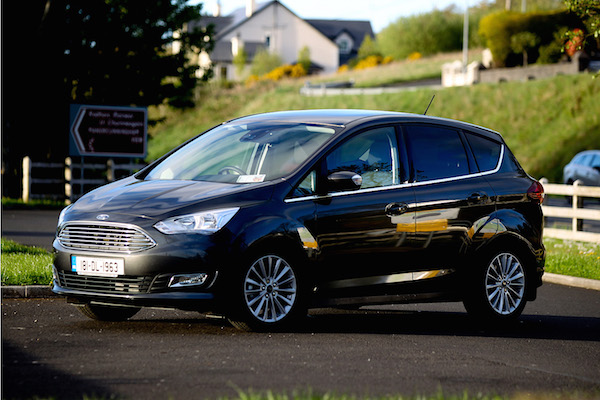 DD Motoring: Why you’ve got to see the Ford C-Max

This week Ford C-max Donegal Daily Motoring Correspondent Brian McDaid reviews the Ford C Max in a style that only our Brian can do – starting with a song!

I know by now that my mother Mary Ellen changed the location name on this song from California to Letterkenny but I’ll always recall this version on summer trips. That’s the song we always sang when we returned to Letterkenny as soon as we saw the spire of the chapel coming into view. They were the days without radios in cars when you made your own music.

In the days before Satellite Navigation, a group of old sycamore trees on the corner of the old Ballyraine Road no longer used which is now a part of a small town park near the Ballyraine School was our sure sign we were heading to the beech in Rathmullan.

On board was a load of wanes, a ball, maybe a dog, a towel and swimming trunks already on to save time when you arrived at the beech. Shortly after we turned at the bridge in Ramelton, my father would start to sing “The Maid of the Sweet Brownknowe” which we would join on so we would be in full chorus which we would roar out of us as we passed by the Browneknowe National School at the top of the small break, knowing well that we soon could see the sea for the first time at the end of the next long straight which meant we soon would be in Rathmullan. 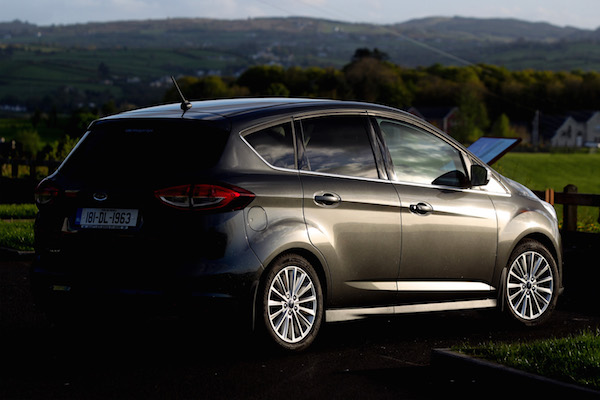 The lines of the New Ford C-Max against the evening sun in Donegal. Photo Brian McDaid

In them days we fitted into cars whichever way we could, old red leatherette seats welding themselves to your legs in the summer heat. Now it’s the cars that fit around peoples needs. Henry Ford’s surname is still in the logo of the blue oval Ford badge, it’s the Ford Cmax Titanium we are testing this week. Its loaded with extras that make life so easy for its driver and passengers. For a car that doesn’t look that big on the outside has acres of space in the inside. It has seats for five or if the wanes have grown long legs that dig into the back of your seat in a normal car.

The Ford C-Max has the answer, not unlike my mother changing the location name of the song in less than a minute the middle seat in the back is stacked in the boot and the two remaining seats can be adjusted back and inwards to give loads of both leg-room and elbow room. This leaves the car one of the most comfortable four-seater available in this configuration. Add to this the massive sunroof which is ideal for Donegal weather in that you feel as if it opened with a great view of the sky above but you still have the benefit of the heater and climate condition with it closed.

Some cars make big statements on the outside to say they look like they could go off road or climb mountains or have roof rails to suggest that their passengers are away every other weekend on massive adventures. The C-Max looks at things from a different angle they look from the inside out. Sitting slightly higher than the norm the C-Max makes everyday things like getting in and out of the car so easy. When you sit behind the wheel the driving position seems so perfect. The view out the massive front windscreen gives it driver a great safe view of the road. 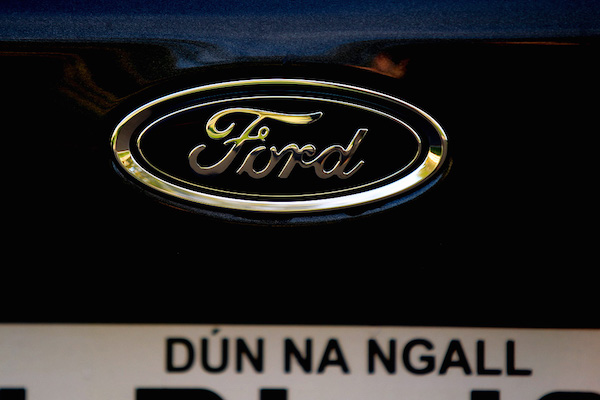 The Ford Badge on the latest Ford C-Max which has great memories of Fords in years gone by. Photo Brian Mc Daid

The C-Max we are driving this week has the 1.5 cc 95 brake horse power version which in diesel form has loads of torque and matched up with a six speed gearbox and cruise control the car is both nippy and very economical. You can still sing away on a road trip in the new Ford C-Max, (the Von Trapps, we are not), but nowadays the sound of the DAB radio and speakers everywhere might have a crisper tone to it. The sat nav on this car lets you know exactly where in the world you are at any given minute and also will advise you on what the speed limits are. When we were wanes we wanted everyone to know we were in the car heading away for a spin with our elbow out the window looking for someone we could wave at. Now our passengers are happier to sit behind privacy glass, which this Ford C-Max caters for perfectly.

In the Summer of ’67 my father got his first brand new Ford Anglia Van, well it really belonged to the ESB. I remember sitting in it behind the wheel pretending to be driving away at it as it sat outside the house on our holidays in Clonmany. That’s where he was stationed, so in them days that was where you ended up on your holidays. Although we also had a Standard 8 which was the name of a family car back then, We “unofficially” went everywhere in the van sitting in the back on top of the two mudguards keeping a low profile. I still can remember that new car smell all them years ago of fresh paint and leatherette seats in that old van. 50 years on and the Fords are still with us and that new car smell is still the same in this Ford C-Max. The fabric is different and the comfort is worlds apart but the nostalgia is still in the air, and as I just go to print our Donegal Summer weather ticks another box and frightens me as the heavens open and a thunderstorm batters off the glass roof on a summers day. 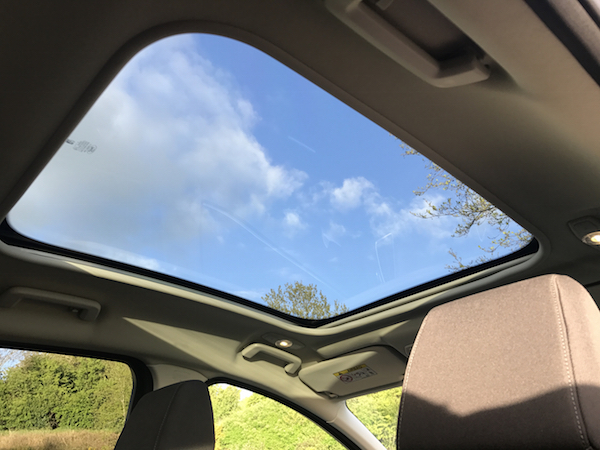 The massive sunroof great for looking at the sky in listening to the rain pelting down in the same Donegal Summers day. Photo Brian McDaid

It reminds me of sitting in my father new Anglia van all them years ago and the same thing happen but the noise was twice as bad as it echoed off the panels and roof of the van. 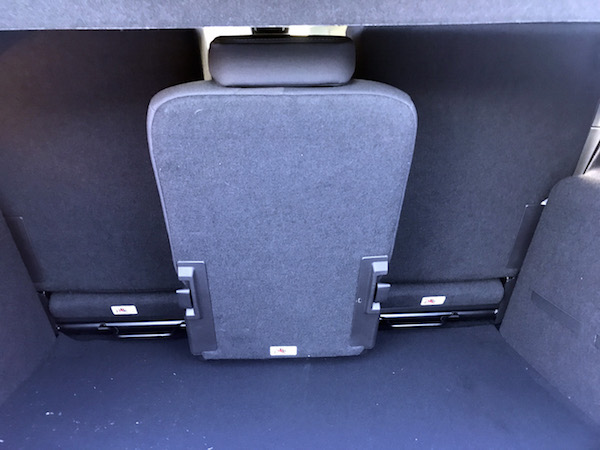 The middle seat in the C-max stored away in the boot which gives is back seat passengers loads of room. Photo Brian McDaid.

DD Motoring: Why you’ve got to see the Ford C-Max was last modified: May 10th, 2018 by Brian McDaid
Tags:
Brian McDaidFord C Maxmotoring