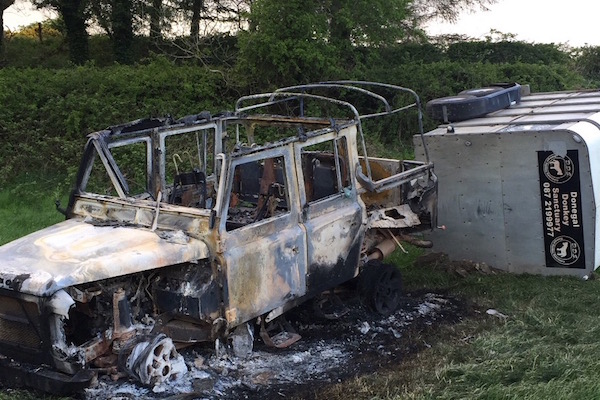 One of Ireland’s leading animal charities has had to stop taking in animals after a freak crash.

The Donegal Donkey Sanctuary is now in limbo after the accident which has resulted in the loss of their vehicle and horsebox.

Fortunately, nobody was seriously injured and there were no other vehicles involved.

Manager, Danny Curran, was extremely lucky to emerge unscathed from the wreckage and no donkeys were in transit at the time.

The incident, which occurred late Tuesday night, happened in the townland of Ardagh, St Johnston, which is just a couple of miles from the sanctuary itself.

Danny had been returning from welfare visits with donkeys in the Inishowen area.

A deer emerging from the trees raced across the path of the vehicle as it approached a sharp corner causing it to veer out of control and plummet approximately 15ft into the field below. 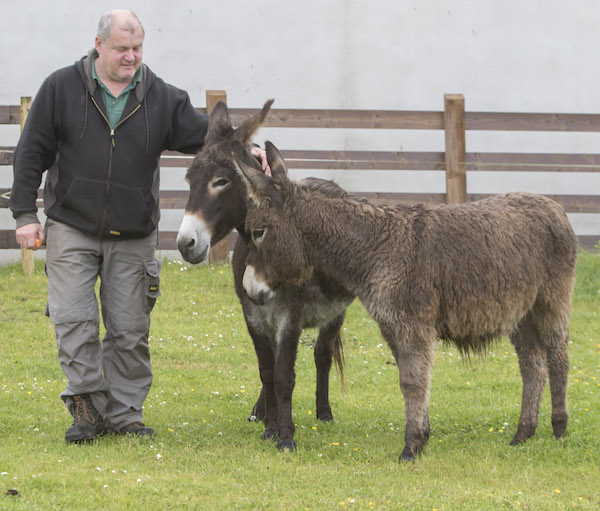 Danny who is still suffering from shock is extremely distressed by the implications for the sanctuary as the full aftermath of Tuesday night’s events became evident.

“Without a transport system our day to day activities have ceased and we are unable to respond to any emergencies being reported to us’ he said.

“It would appear that neither vehicle nor horse box are salvageable and that all indications are that insurance payments will fall far short of what is required to put a functioning ‘donkey ambulance’ back in operation.”

“The sanctuary has been running for almost ten years and has gained much public support both here and abroad.

The centre has rescued and rehomed over 600 donkeys countrywide with some donkeys even being rehomed overseas.

The sanctuary has now launched a Go Fund Me page in a bid to get donations in a bid to replace the shortfall for a replacement jeep.