written by Rachel McLaughlin May 11, 2018
Facebook0Tweet0LinkedIn0Print0
Jack Mc Bride from Kilmacrennan National School has won the title of the Donegal Eason’s Spelling Bee champion.
The 12-year-old sixth class pupil was announced as the Donegal Spelling Bee winner after yesterday’s competition in the Mount Errigal Hotel Letterkenny. 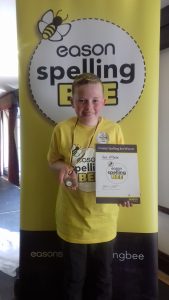 The competition featured some wonderful spellers representing schools from all over the county. All children made fantastic efforts spelling some interesting and difficult words like Apoplexy, Quadragenarian, Mesentery and Wagenboom!
Jack now goes forward to represent Donegal in the Ulster Spelling Bee in Belfast on May the 24th. His classmates celebrated his success with a fantastic (correctly spelt) sign to wish him the good luck in the finals. 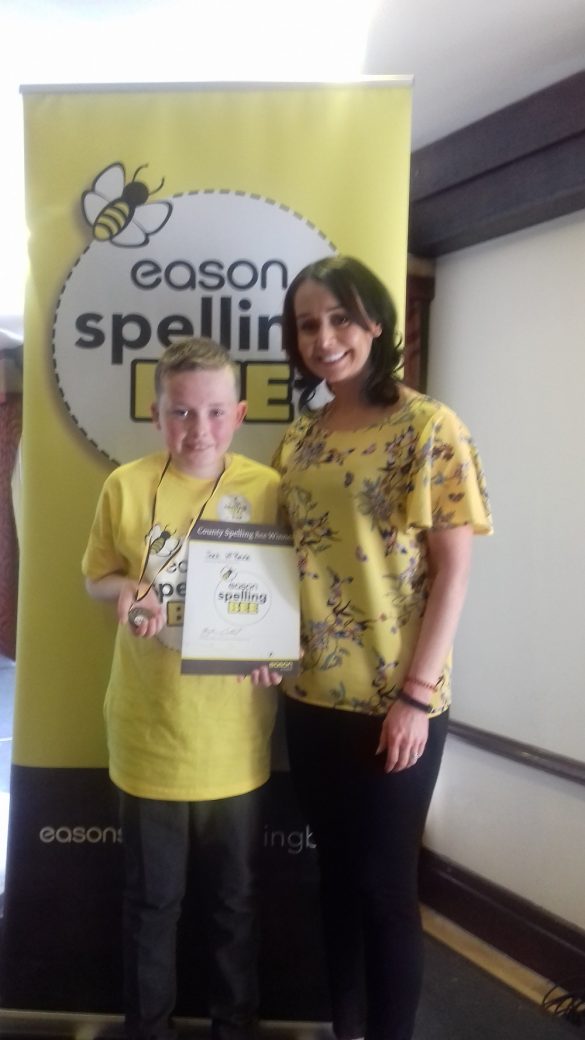 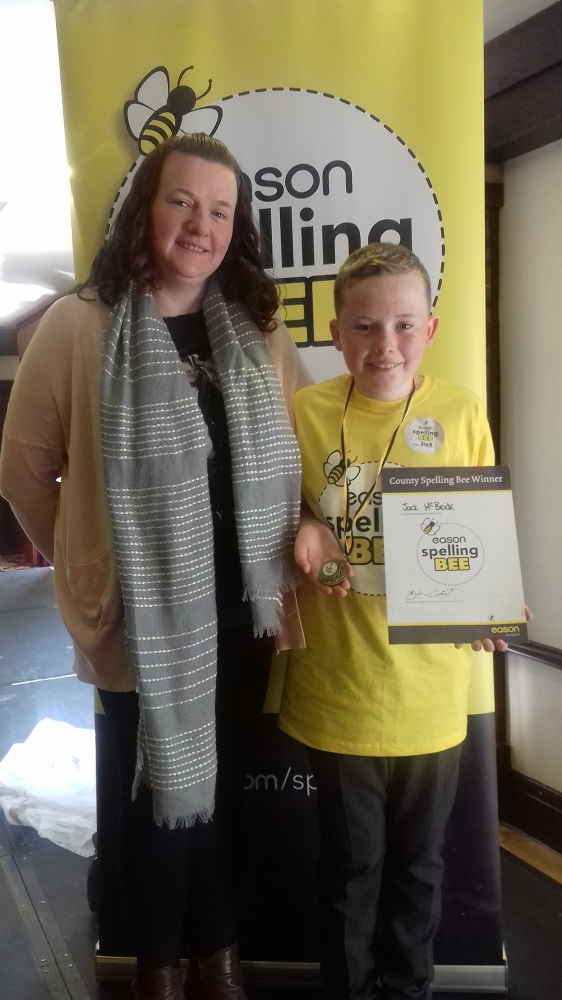