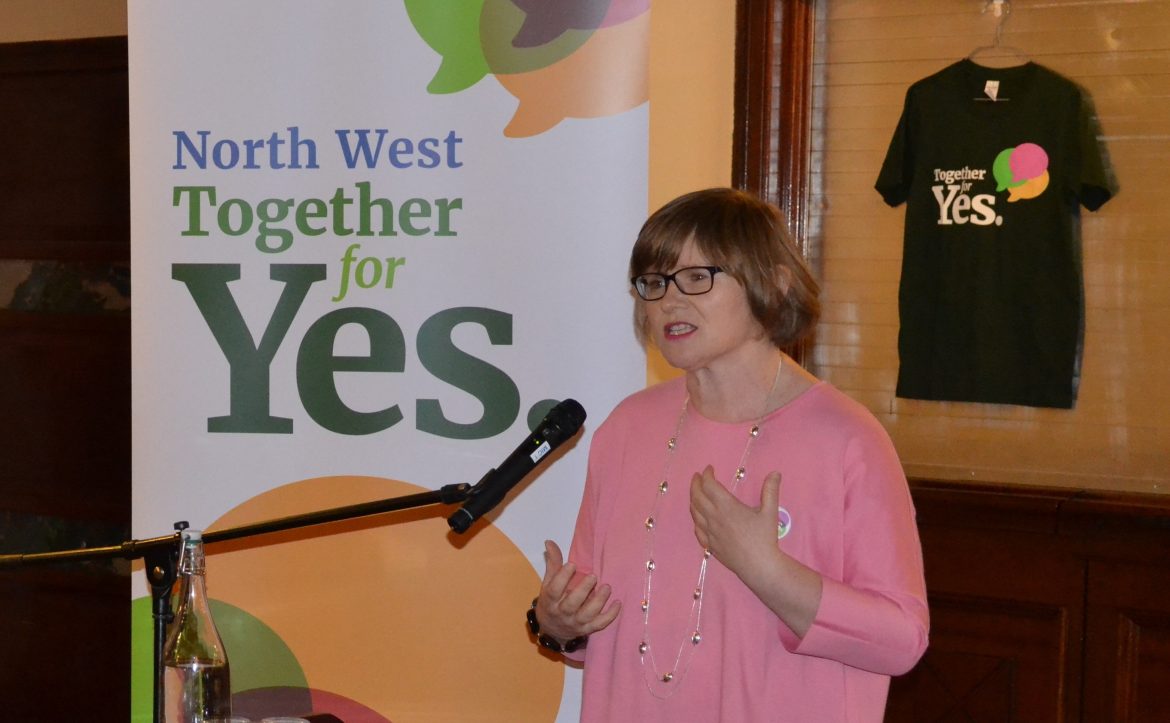 New figures uncover the extent of abortion in Donegal

written by Staff Writer May 11, 2018
Facebook0Tweet0LinkedIn0Print0

Almost 400 women in Donegal have travelled to the UK for an abortion between 2012 and 2016, fresh figures reveal.

According to the UK Department of Health and Social Care, 388 women gave a Donegal address when they travelled to England or Wales for an abortion over the five-year period.

The figures are revealed today by Together For Yes as they launched their national conversations tour this week.

Campaign Co-Director Orla O’Connor (pictured above) stated: “These figures from the Department of Health and Social Care in the UK lay out in stark detail the numbers of women from Donegal who have travelled to the UK for an abortion between 2012 and 2016.

“They prove that abortion is a reality in Donegal – it is just unsafe and unregulated. The figures don’t even take account of the number of women in Donegal who may have taken an abortion pill or travelled to another jurisdiction in Europe for an abortion.”

‘Get Together For Yes’ will visit Donegal on Wednesday May 16, 2018 for an event at Dillon’s Hotel in Letterkenny at 7pm.

Ms O’Connor said the local statistics of UK services show that abortion already exists in Donegal: “Overall, more than 18,000 women in Ireland travelled to the UK for an abortion during the five-year period. These include women from Donegal. The vote on May 25 therefore isn’t a vote on whether to bring abortion to Ireland – because it is quite clear that it is already here. It is a vote on whether Ireland wants to make abortion safe, regulated, and provide care to women who need abortions, or to continue allowing unsafe and unregulated abortions to take place in our country.”

Ms O’Connor said Together For Yes are looking forward to a national tour of raising sensitive and difficult discussions and bringing their message into towns and local communities to encourage conversations about the referendum.