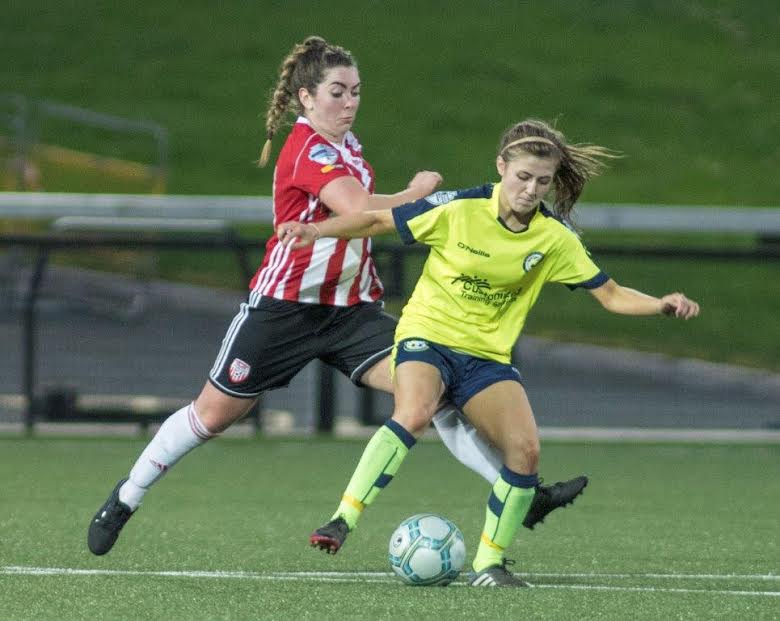 Donegal pair Gemma McGuinness and Caoimhe Walsh were on target as Derry City ladies got their first win of the season on Wednesday night.

A 2-0 win at the Brandywell puts Daniel Nolan’s team into the semi-finals of the League Cup.

After Aine McKeever hit the bar early on, Derry edged in front in the 10th minute when McGuinness fired home from close range as Sion failed to clear a corner.

The game was up for grabs, with the likes of Zoe McGlynn, Ciana Brogan and Amy Boyle-Carr on the Sion side teeing up attacks.

But Derry got their second just before the hour when Kerrykeel’s Walsh beat Niamh Mailey with a cracking volley from distance; a goal worthy of gracing any stage. 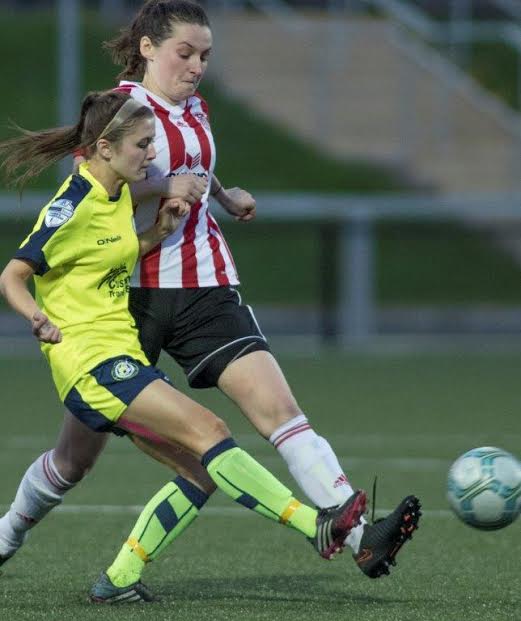 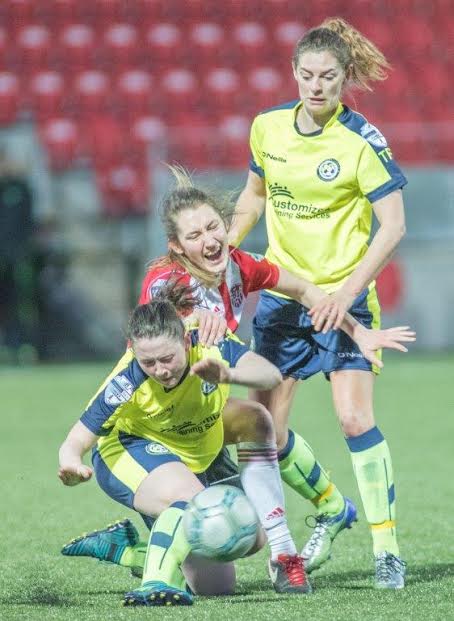 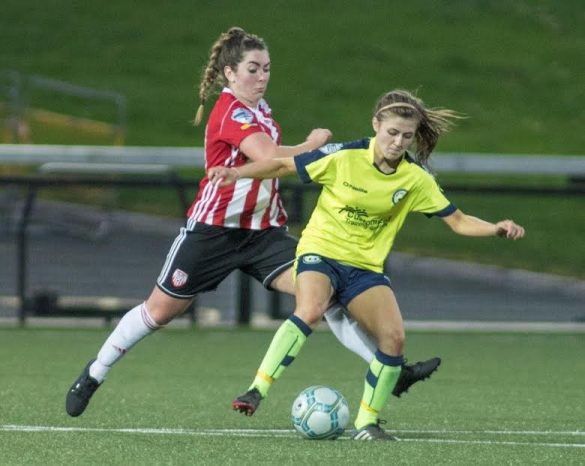 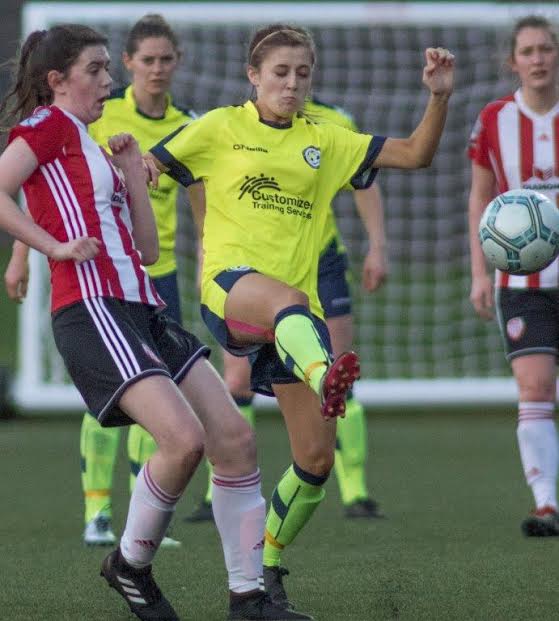 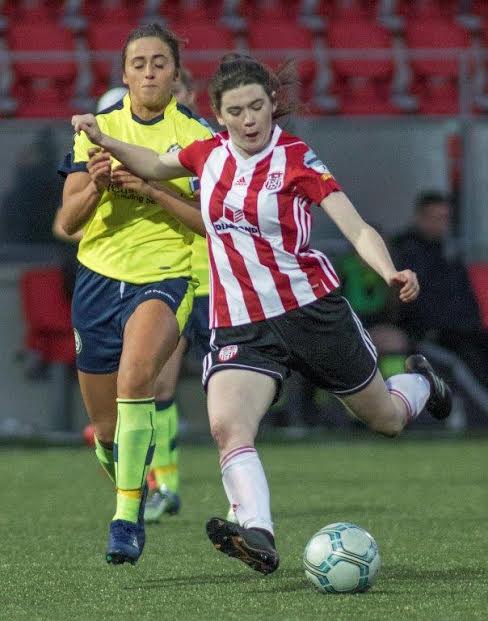 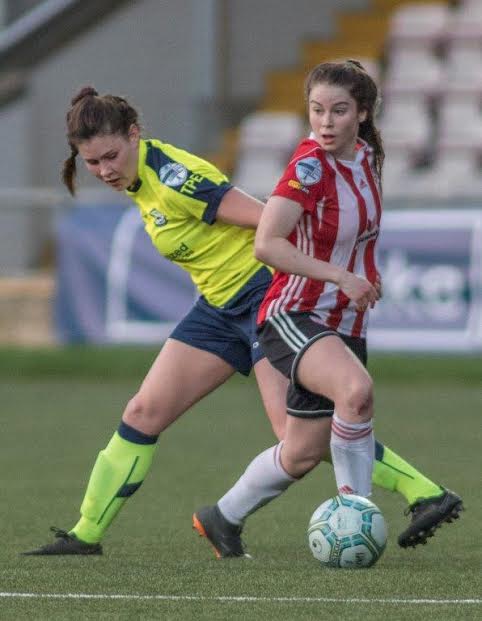