Warning issued after engines stolen from boats at pier

Gardai have launched an investigation after two engines were stolen from boats docked at Bruckless Pier.

This is the third time in ten months that the pier has been targeted by thieves.

Boats docked at other small piers across Donegal have also been targetted in recent months.

The latest targets were Yamaha 15hp and Yamaha 20hp engines which were both stolen in the raid on Tuesday night.

Anyone who may have witnessed suspicious vehicles in the area is asked to give their information to Gardai. 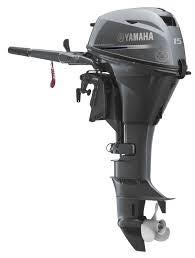 One of the Yamaha engines which was stolen on Tuesday night.

Owner Gearóid O Cinnéide said the theft of the engines is putting people’s livelihoods at risk.

“It’s making a living from fishing impossible for the people involved. If there’s any information or anyone seen acting suspicious last night in the location please contact the Garda ASAP.

“This is an ongoing crime that seems to just keep happening. Any information greatly appreciated,” he said.

Warning issued after engines stolen from boats at pier was last modified: May 13th, 2018 by Stephen Maguire
Tags:
boatsBrucklessenginesstolen