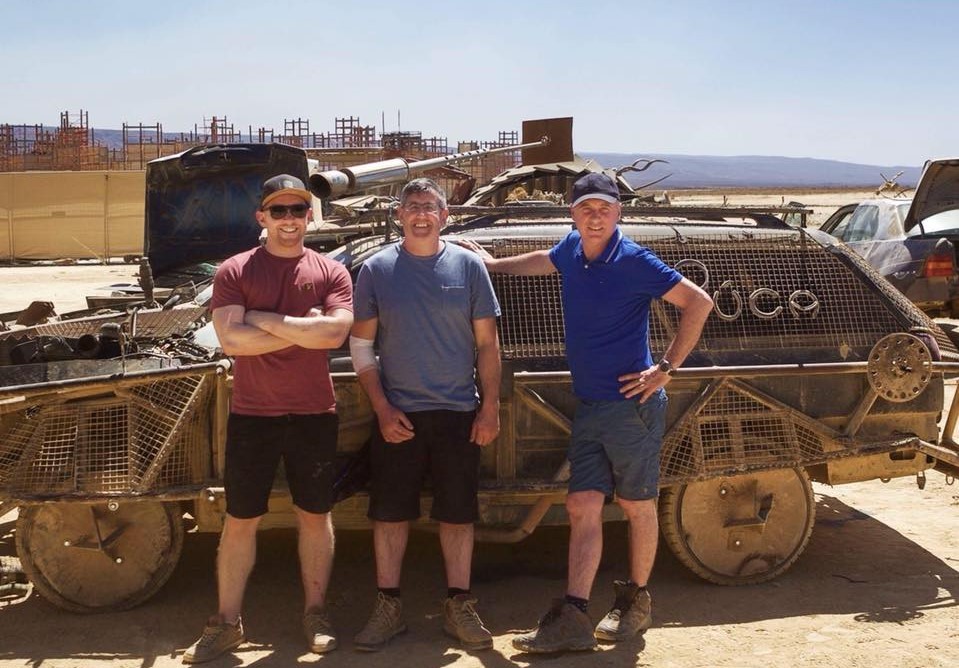 WATCH: Donegal Roaders get set to crash onto our TV screens in Carnage

Donegal Roaders Leslie O’Donnell, Dennis Ferry and Paul Doherty have entered into motor warfare on Carnage, described as ‘the most extreme contest on the planet‘. The trio transformed a Subaru Legacy into a Mad Max themed monster for an arena-style desert battle. Prepare to be amazed by this sneak peek at their car’s weapons:

With our show on this Sunday at 8pm on Sky One here is a little video we made behind the scenes of the build and a run down of our car’s weapons! #CarnageTV

We’ll have to tune in to Sky 1 this Sunday at 8pm to see how they get on.

The Donegal Roaders’ weaponised car was custom built at Denis and Leslie’s garage at Mountain Top Letterkenny. They added guns, flamethrowers, and gas weapons to clash and smash and knock out their rivals. 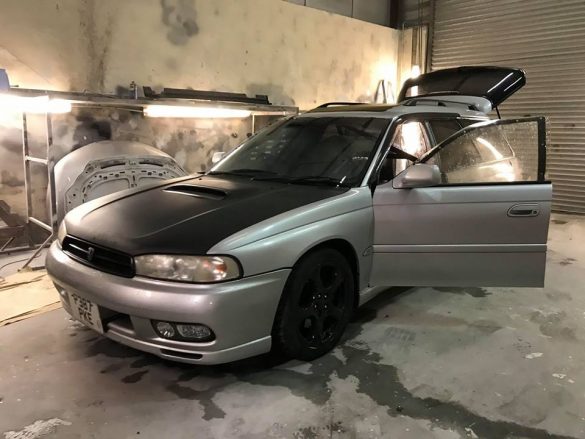 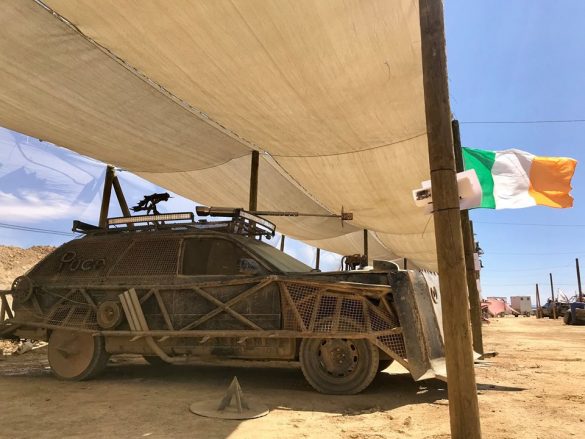 The team travelled to South Africa for this thrilling adventure in February. Thirty different machines were entered into the fight to be crowned the last car standing.

Looking ahead to the show, Paul Doherty tells Donegal Daily how the team enjoyed taking on all challenges.

“The show was great fun. We were filming for three weeks in total. You were up every day at 5.30am and it was roasting hot in the desert – reaching up to 48 degrees on one day.”

The explosive adverts painted a real picture of the dangers in the brutal battles, Paul said.

“It was right and dangerous. You are out in the middle of an arena just ramming into one another.”

Denis and Leslie were both behind the wheel at different stages, while Paul worked on the mechanical and communications tactics. 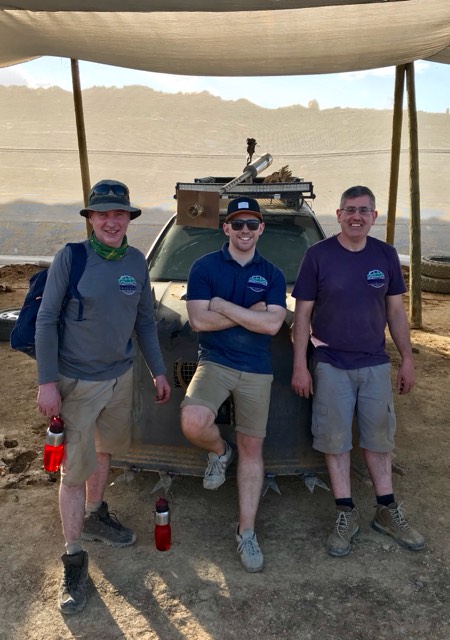 The Donegal Roaders in South Africa

The trio had just six weeks to build their battlecar before it was shipped off from Donegal. They had strict rules to follow for their weapons, but were creative in designing some lethal add-ons.

“Our car was very mechanically sound. Everything was built in the Letterkenny garage. The paint gun on top was the car exhaust. We ran gas through the car and used the heater plug to set off the flame. We used pumps to pump the paint through the guns.

“It’s one thing coming up with weapon ideas and it’s another thing figuring out how we make them work,” Paul said.

The team are now eager to see how their episode plays out on screen this weekend.  They are planning to get together with family and friends for a viewing, as they crash onto the show this Sunday, 13th May at 8pm.