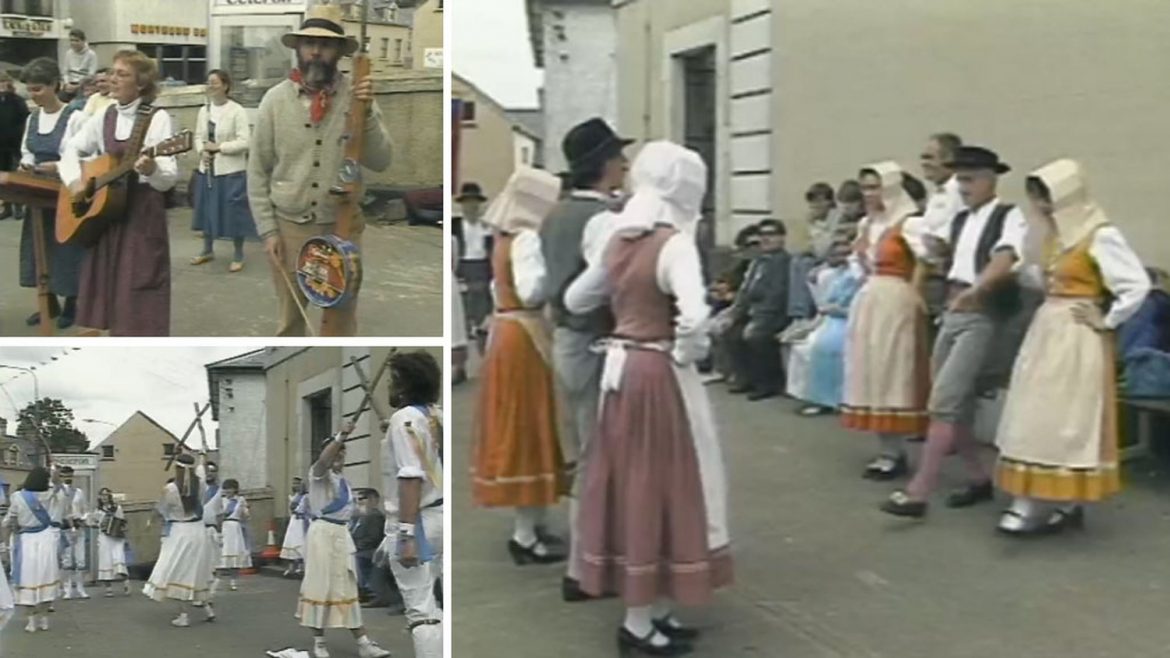 Fond memories of Letterkenny Folk Festival to be commemorated in 2019

The nostalgic days of the International Letterkenny Folk Festival are set to be celebrated in 2019 to mark its 50th anniversary.

Letterkenny Mayor Jimmy Kavanagh put forward a widely welcomed motion this week to mark the diverse festival that was a highlight in the town calendar for many years.

Cllr Kavanagh shared the community interest in commemorating, not reviving, the festival at this week’s meeting of the Letterkenny Municipal District. He described how the festival was hugely successful in the 70s and 80s, before interest waned over time.

“It put Letterkenny on the map and brought a lot of people from all over Europe, people back from England and from the States,” Cllr Kavanagh said.

Cllr Kavanagh suggested having an exhibition in the museum or Regional Cultural Centre to display the memorabilia kept by locals from the festival days.

“The festival started off as a very small number of people. Those people are still around and there are a lot of older people in the town that an exhibition would be well-attended,” he said.

Cllr Gerry McMonagle agreed with the motion, adding “there’s no reason why it can’t be a success today if we approach it in the right way.”

“As a council we can initiate a meeting of interested people. We can see if the interest out there, are there people willing to help organise it and see if we as a council can help support that in whatever way we can,” he said.

Opportunities to tie the commemoration in with the Letterkenny Reunion Weekend or the Pan Celtic Festival were explored, and the Council decided to consider the proposal in the context of the 2019 work programme.