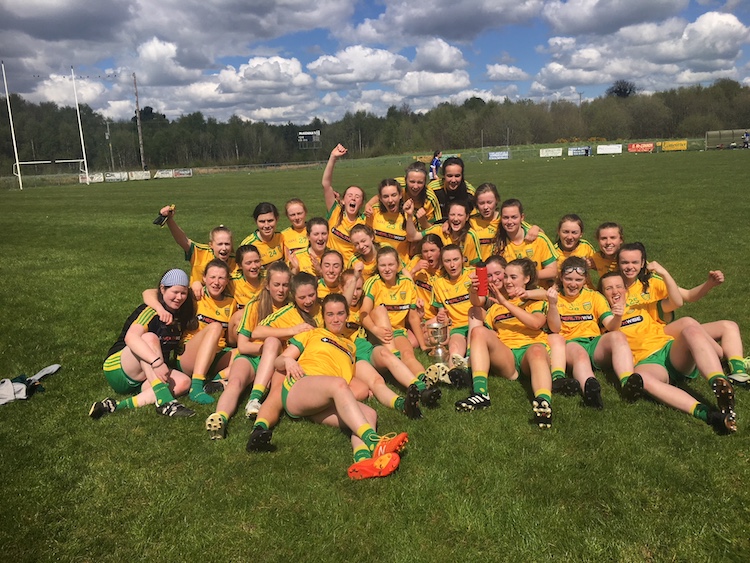 Megan Havlin scored all FOUR goals as the Donegal Under-16 Ladies won the Ulster final today against Cavan.

Favourites Cavan were expected to launch a second-half comeback, but it was Greg Harkin’s Donegal who took the prize with the scintillating Havlin – from the Naomh Padraig, Muff club – firing home another pair of goals to seal a memorable win.

Donegal had 17 points to spare in the end after ramming home their dominance.