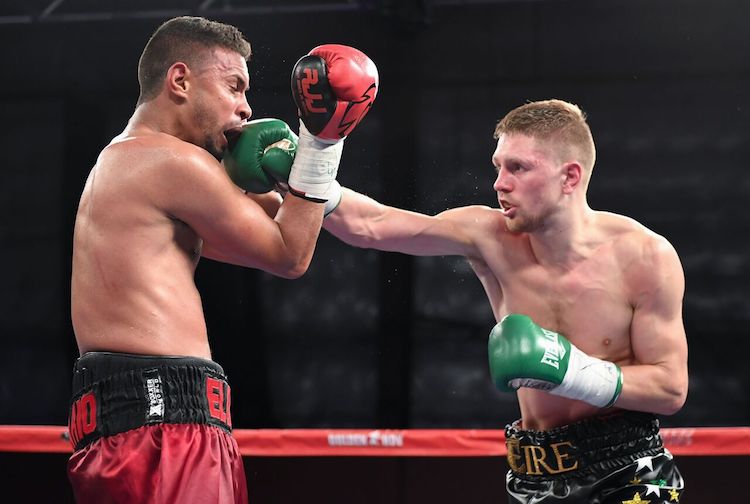 Jason Quigley (14-0, 11KOs) has moved into third spot in the WBC World rankings – and says he is ready for ‘mega fights’.

The Donegal man returned to the ring after a year out of action when he defeated Daniel Rosario in March.

Quigley KO’d Rosario in the sixth round at the Marina Bay Sportsplex in Quincy, MA, on Easter Saturday night.

A year earlier, the unbeaten Irish middleweight overcame a busted right hand and the durable Glen Tapia to claim the NABF’s middleweight title.

“I’m rising the ladder and ready to climb even higher to lift those straps,” said Quigley, currently at a training camp at the Ingle Gym in Fuerteventura.

“I’m ready for the mega fights now. This is what all my years in the amateurs and my hard work so far as a professional have been for.

“These are the times I’ve been waiting for. I feel I belong at the top of these rankings and I plan to get there.”

Quigley is based now in Sheffield under the watch of Dominic Ingle and the Golden Boy Promotions fighter is itching to get back through the ropes again.

He said: “My team at Golden Boy and Sheer Sports have me on the right path and I know we are on the way to the top.”