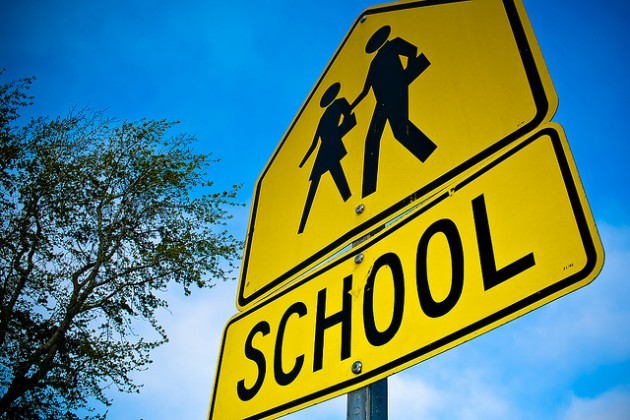 Speed reduction measures are being sought for Letterkenny’s newest primary school after concerns were raised about accidents at the entrance.

Letterkenny Educate Together was officially opened in this school year at Kiltoy, which is a busy area for traffic at peak times.

Cllr Dessie Shiels called on the Letterkenny Municipal District this week to examine the necessity for speed reduction in the area. He said concerns were raised to him after an accident in the vicinity of the school.

Cllr Shiels said: “The entrance is slightly off the road, but the concern is with traffic coming in the Lisnennan direction and traffic coming from the Letterkenny side have to cross the line of traffic.

“There isn’t any signage saying ‘Slow Down School Ahead.”

“It is a new school and has started off very well. Rather than there being some bigger more controversial issue down the line, with a little bit of signage, it would be a big help.”

Mr Fergal Doherty, Area Manager for Roads and Transportation, asked Cllr Shiels for full details of the concerns in the area in order for a proper assessment to be made to determine the requirements.

It was also agreed this week that a new sign would be erected for Lisnennan at the Kiltoy Roundabout.

Letterkenny Mayor Jimmy Kavanagh said that the issue was raised by locals after a sign directing traffic to the Lisnennan area was taken away from the roundabout.

Cllr Ian McGarvey added that there are a lot of houses at Lisnennan and a lot of visitors travelling to the area. He said it is important that visitors would be directed from A to B.

The council said that signage for Lisnennan would not be in accordance with the Traffic Signs Manual, which dictates that only the nearest local destination off the roundabout is signed.

However, Ms Fergal Doherty acknowledged that a Finger Post Sign could be erected near Letterkenny Educate Together to direct motorists to Lisnennan.