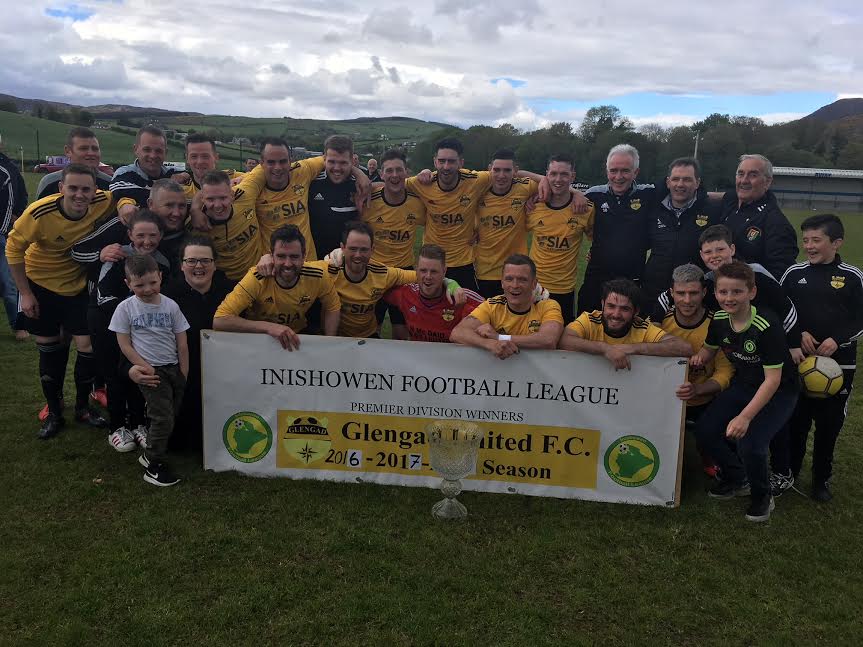 Shane Byrne and Glengad United won a fourth Inishowen League Premier Division title this afternoon as Stephen Fildara’s second-half goal gave them the win over Aileach FC at the Lakeside.

That strike was enough to keep the Jackie Crossan Premier Division crown at The Crua.

“It shows what kind of squad and players I have. This group of players know how to go away places and win games. They’re a very good group and I’m lucky to have them. They are an exceptional group. They’re very disciplined and there are no messers.”

Glengad and Aileach will joust in two Cup finals over the next two weekends.

Byrne said: “To a certain extent the pressure is off, but come the final next Sunday you’ll see the same Glengad coming out.”