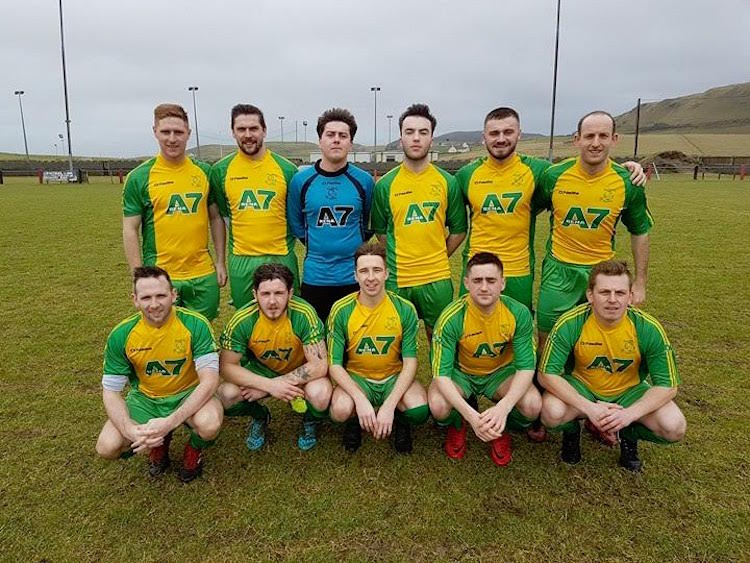 USL – Bonagee come from behind to overcome Derry City Reserves

In a typical end of season affair, Bonagee came out on top in the game to claim all three points against a youthful Derry City side.

Tony O’Carrolls side will be glad of three points in what has been a difficult season.

Derry City took the lead as early as the 12th minute, when a mistake in the Bonagee rearguard allowed Ethan Coll to nip in and score from six yards.

That lead lasted all of two minutes.  Good work from Matty Harkin allowed Aaron Wasson to cross to Michael Doherty to head home from close range.

The home side edged in front in the 20th minute.  An excellent ball from wide on the right from Wasson reached Doherty, and his delicate lob from fifteen yards out beat Daniel Houghton in the Derry nets.

They increased their advantage in the 36th minute. When Matty Harkin received the ball on the edge of the box, he danced past a couple of defenders and shot home between keeper and post.

The second half was a timid affair with chances at a premium, the most notable coming from Derrys Kieran Farren, who dragged his shot just wide of the far post on seventy one minutes.  A team effort from both sides, with Mark Harkin excelling for the home team.

USL – Bonagee come from behind to overcome Derry City Reserves was last modified: May 13th, 2018 by Chris McNulty