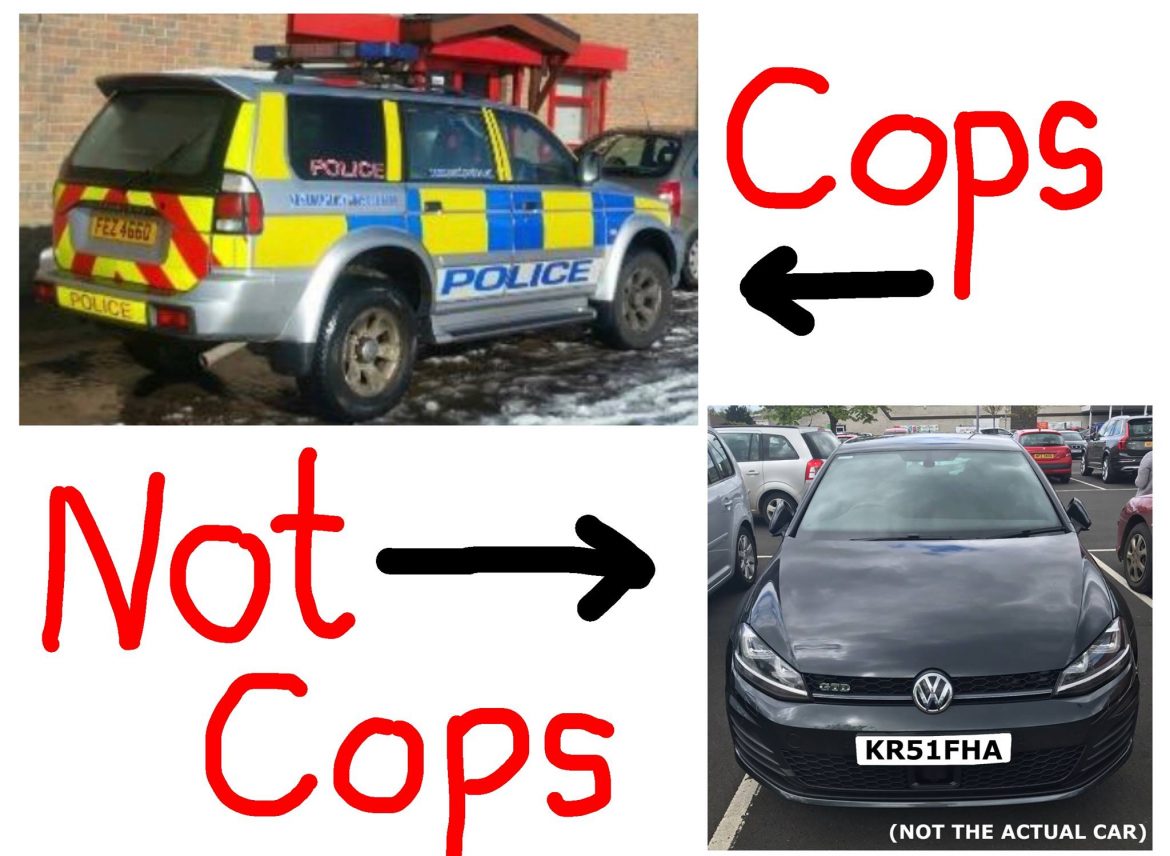 written by Rachel McLaughlin May 14, 2018
Facebook0Tweet0LinkedIn0Print0

A public warning has been issued after a car which was made to appear as a police vehicle made a break across the border at the weekend.

PSNI in Derry attempted to stop a Black Volkswagen Golf, registration KR51FHA, on the Buncrana Road on Saturday night that had been flashing lights and attempting to pull a car over.

The driver evaded the police and fled to Donegal, where Gardai were also unable to stop the car.

The PSNI are seeking information about the car and appealing to the public to be on alert for ‘Fake Cops’.

A statement from PSNI Foyle said:

That was our thought when Ballyarnett Neighbourhood Team

‍♂ saw a Black VW Golf, registration KR51FHA, on the Buncrana Road at 1:20am this morning.

What made us suspicious

Further comments from the PSNI have said that there is a genuine VW Golf in operation by the Traffic Branch, but it has a different registration plate to the suspect car in question.