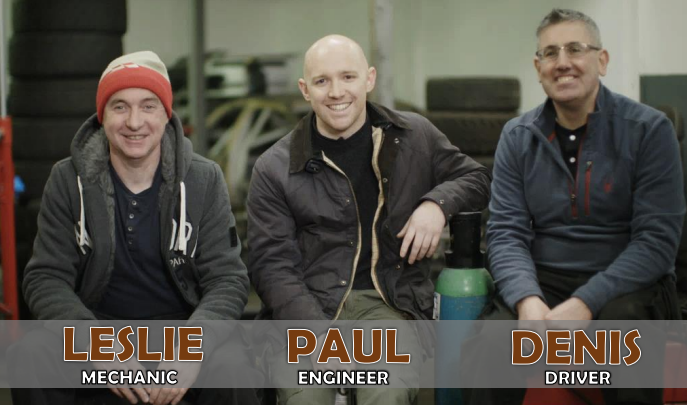 How the Donegal Roaders smashed for glory in Carnage!

There was no shortage of heart-stopping drama when three Donegal men did battle on Sky 1’s Carnage TV show last night.

Despite a shocking smash that threatened to end their chances, the Donegal Roaders battled on to the final of their heat in the extreme car show.

Leslie O’Donnell, Denis Ferry and Paul Doherty flew the flag for Donegal as they faced five other teams in three arena battles in the unforgiving South African desert.

Driver Denis Ferry and their modified car ‘Púca’ took such nasty hits in the second round that Denis had to be taken to hospital for medical treatment. The Letterkenny-based mechanic had his arm badly bashed when he took the impact of a ‘Puppy Crusher’ Range Rover. 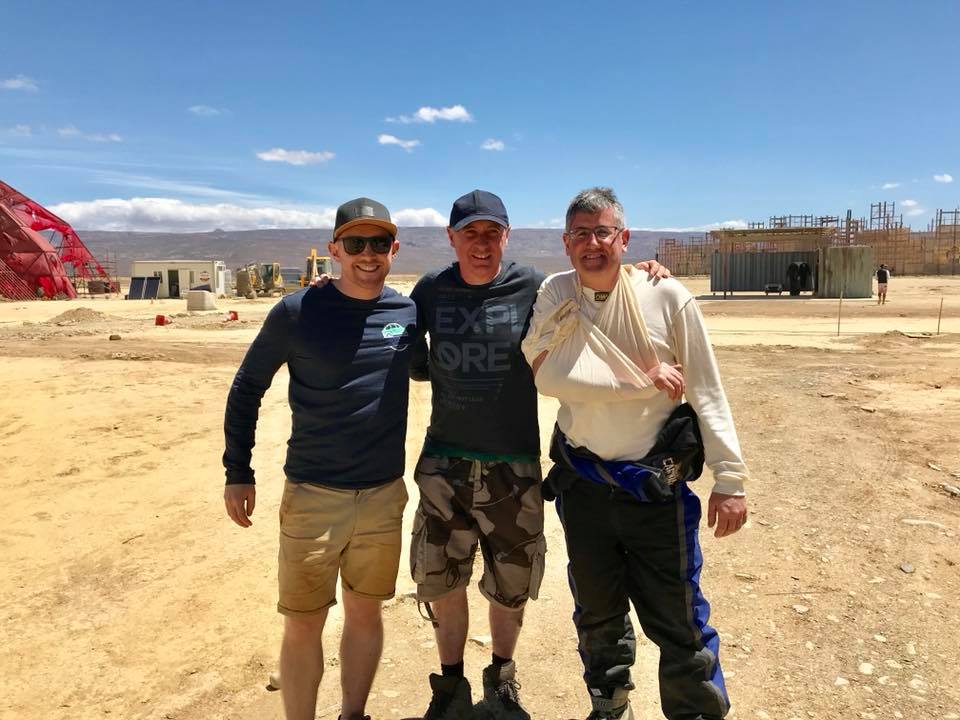 The trio persevered through to the last battle, where the winner would go on to the ultimate final in a few weeks’ time.

Leslie got behind the wheel of their threatening ‘Puca’ car for round three, which was a 98 DL Subaru Legacy they had transformed into a deadly machine in their Mountain Top Letterkenny garage. 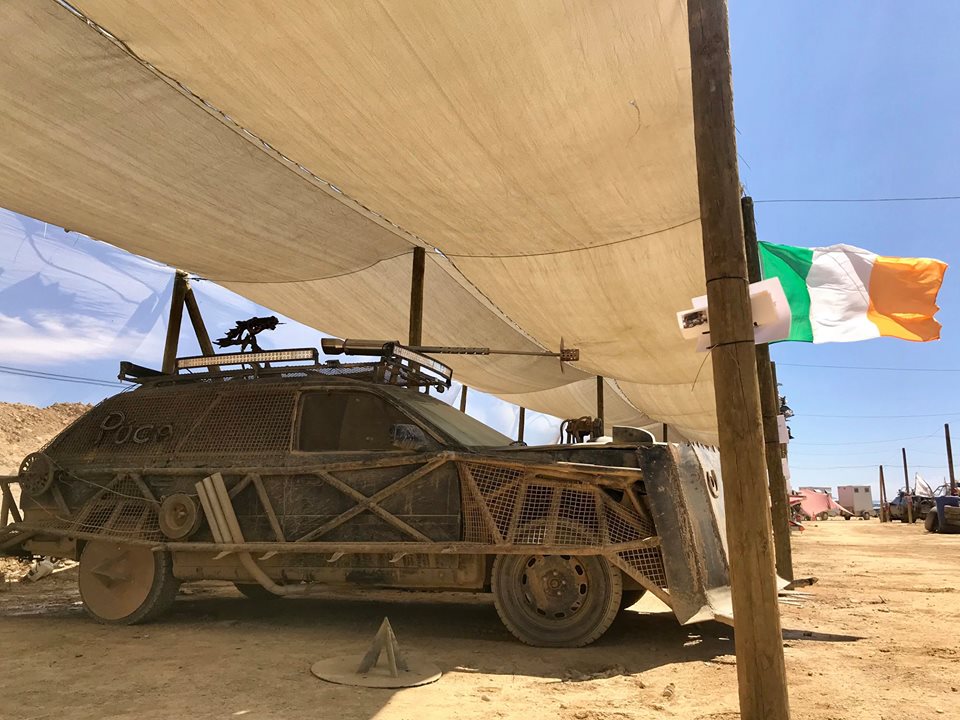 ‘Púca’ was kitted with weapons such as a fixed ram, flamethrowers, dropped spiked bars, a paint sprayer and a fire-breathing horse’s head. It proved to be a fast and agile vehicle against their bulky competition, and skilled drivers Leslie and Denis sped around the tracks to evade and sneak up on their opponents.

Donegal photographer Paul played a crucial role as engineer, designer and navigator, as you’ll see from the video below, Puca wasn’t built for visibility!

With our show on this Sunday at 8pm on Sky One here is a little video we made behind the scenes of the build and a run down of our car’s weapons! #CarnageTV

Presenters Andrew “Freddie” Flintoff, grime MC Lethal Bizzle and Capital FM presenter Vick Hope were clearly impressed by the team’s tactics and skills. However, when it came to the last brutal fight, the Donegal Roaders suffered a mechanical fault and had to bow out to the Cunning Stunts.

The team clearly enjoyed the ups and downs of this once-in-a-lifetime adventure. We’re not sure if An Púca made its way back to Donegal after the show – but we wouldn’t want to see it battling through the Letterkenny traffic anytime soon!