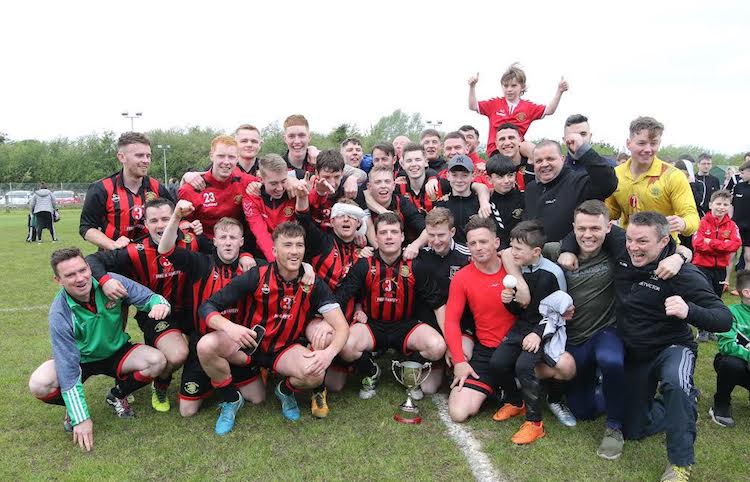 Shane Brown was part of the last Tigers squad that won the Donegal League, back in 2001, but as manager now he saw his men secure the title in the most dramatic of fashions.

Kildrum, who only secured their top flight status on the final day of last season, had been Premier Division leaders most of the way but Shane Gallagher’s goal looked to be pointing the silverware towards Castlefin.

With nine wins in a row, Castlefin stormed into contention and were readying the celebrations when, with normal time up, Damian Crossan steered home a late goal to alter history.

“We got out of jail there,” Tigers boss Brown said.

“We turned it on for ten minutes and we produced a goal.

“It’s a mad situation. We’re unbeaten the whole season – okay, we’ve dropped a few points – and we still needed the last kick of the season to win it. It’s a tight League, with four or five teams who can challenge.”

Since their last winning of the Premier Division, Kildrum won three Ulster Senior League titles and are back on top once more.

Brown said: “It’s taken a few years to get back up to the level and the set-up in the club is great. Hopefully we can come back stronger next year.”