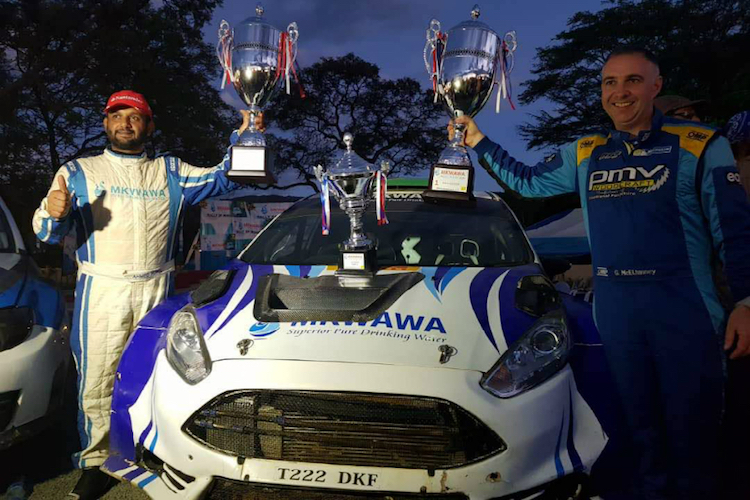 Laghey’s McElhinney was co-driver for Huwel in the Ford Fiesta Proto for the event and they took an impressive win.

Huwel and McElhinney took victory in the event, the third round of the Tanzania rally.

They won three of the four stages on the first day and were on top in every stage on Sunday.

Huwel is being tutored by ex-works driver Tapio Laukkanen, who approached McElhinney with the offer to co-drive.

“It was all a bit surreal,” McElhinney said.

“I have been in Africa a few times navigating, but this was my first win.

“It was an unbelievable feeling to go out to Tanzania and win.”