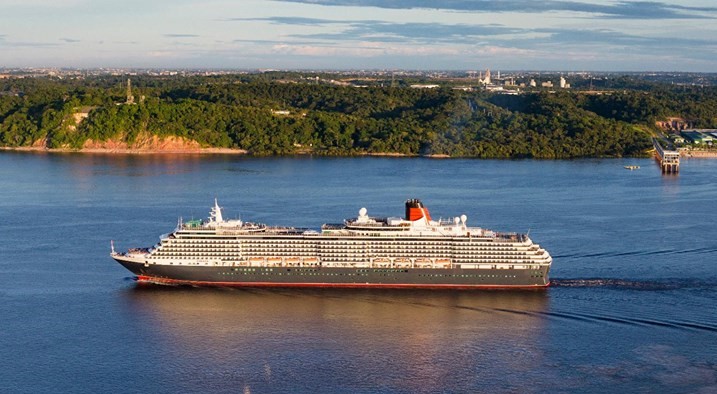 Excitement builds for the arrival of Killybegs’ largest cruise ships

A grand visitor will berth at Killybegs pier this weekend, marking a historic occasion for the town.

The Cunard Line’s MS Queen Victoria will be the longest ship ever to stop at Killybegs when it visits on Sunday May 20th.

At 294 metres long, the MS Queen Victoria is twice the length of the Croke Park pitch. The new pier at Killybegs is 300 meters long, just enough to accommodate the Ms Queen Victoria. The magnificent ship boasts seven restaurants, thirteen bars, three swimming pools, a ballroom, and a theatre.

It is expected that many Donegal people will come to Killybegs this weekend as “day trippers” to see such a large ship docked in the harbour.

The MS Queen Victoria’s voyage is currently touring around England, Ireland, Scotland and the Channel Islands.

Passengers can disembark to explore Donegal’s highlights for the day. Typical excursions from the port include visits to Glencolmcille Folk Village, Donegal Town and Crolly.

A spokesperson from Sinbad Marine Services said cruise ship stopovers in Donegal often inspires passengers to return on holiday: “Passengers often comment that they intend to return to Donegal at a later date to see more of the amazing scenery and as most of the Queen Victoria and Queen Elizabeth passengers will be UK nationals there is a great chance that many of them will make a return visit.”