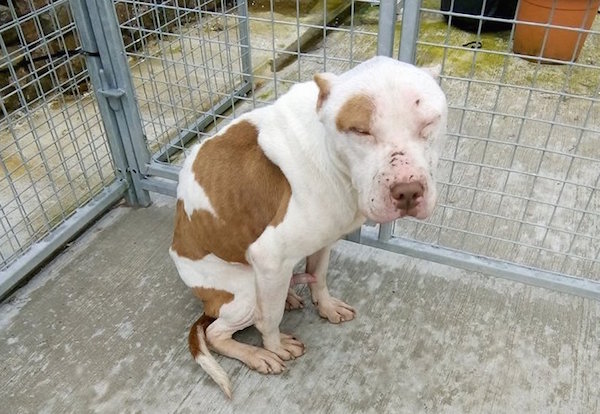 An investigation has been launched after this poor dog was found in Bundoran.

The seriously malnourished Pit Bull Terrier dog was found wandering the streets of the seaside town on Saturday night last.

As well as being severely underweight, the dog has injuries to his face and it appears as if his ears had been clipped.

The dog was taken to the Animals in Need rescue centre in Donegal Town where he is now being taken care of.

A spokesperson for the animal charity said they could not comment on the circumstances surrounding the discovery of the dog as an investigation is ongoing.

The dog is responding well to treatment. 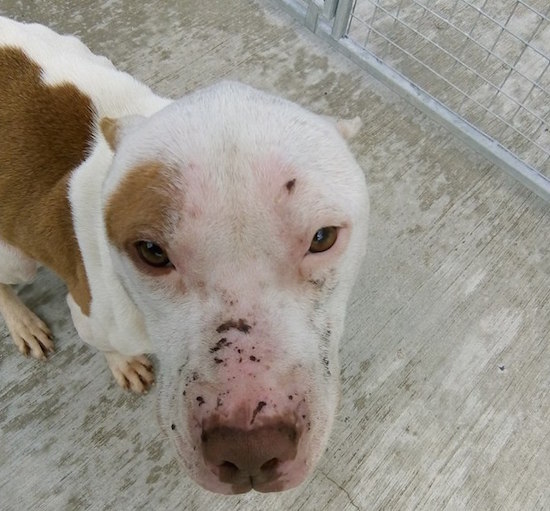 Investigation launched after dog found in horrific condition was last modified: May 15th, 2018 by Stephen Maguire