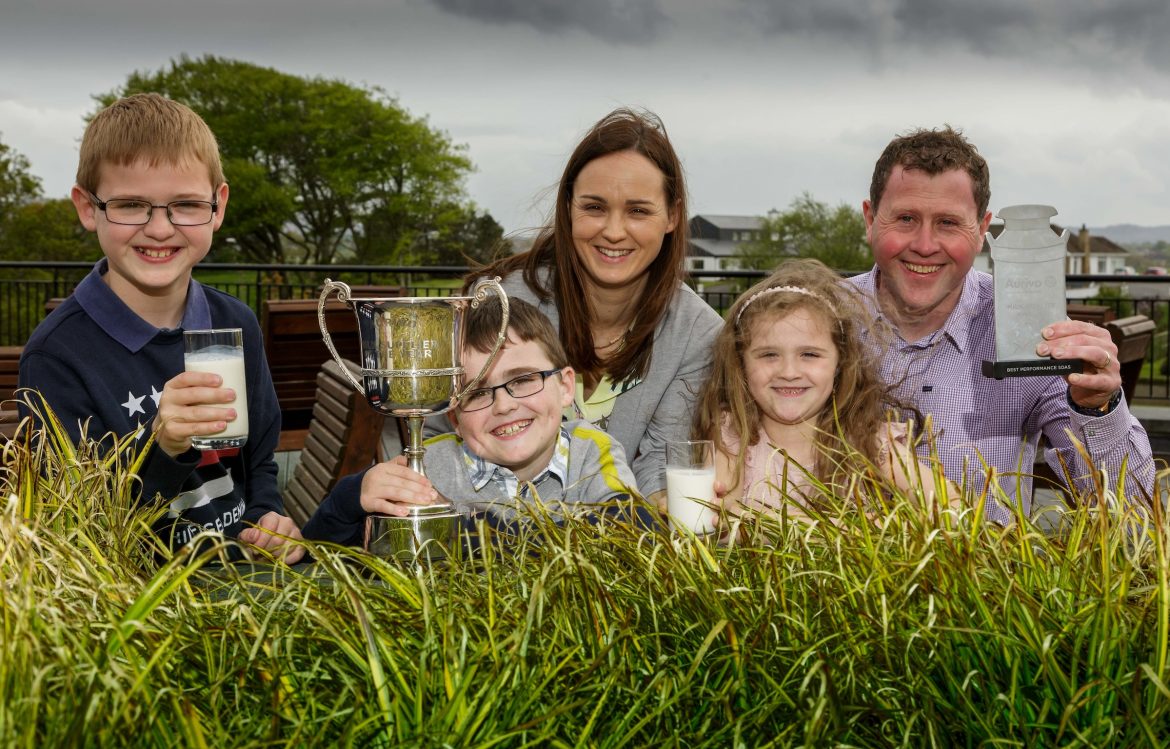 Lorna Kilpatrick from Cottown, Raphoe has been acknowledged for her contribution to dairy farming excellence at the Aurivo Milk Quality Awards.

As well as being awarded the prize for Best Supplier in the Sustainable Dairy Assurance Scheme, Lorna went on to scoop the overall award for Milk Supplier of the Year.  She is the first woman to win this accolade since the awards began 11 years ago.

The annual Aurivo Milk Quality awards recognise the standard of excellence in dairy farming by Aurivo milk suppliers, as well as their dedication and commitment to milk production in the previous year.  Prizes were awarded at a special ceremony at the Radisson Hotel Sligo on May 9th.

In 2016, Lorna and her husband Paul took over the running of the farm from Lorna’s parents, Russell and Kathleen Porter.  Their children, Luke, Reece and Amy, all help out with calf rearing.  In 2017, 148 British Friesian cows were milked, producing 6,000 litres each. Replacements are home bred and all other calves are reared to beef.

In total, 100 hectares is farmed for both enterprises.  Neat hedges divide the fields, which are further divided into paddocks.  With a river running through the farm, neat hedges and a generous scattering of mature trees, the dairy and beef enterprises are farmed in a sustainable way with the next generation of farmers in mind. 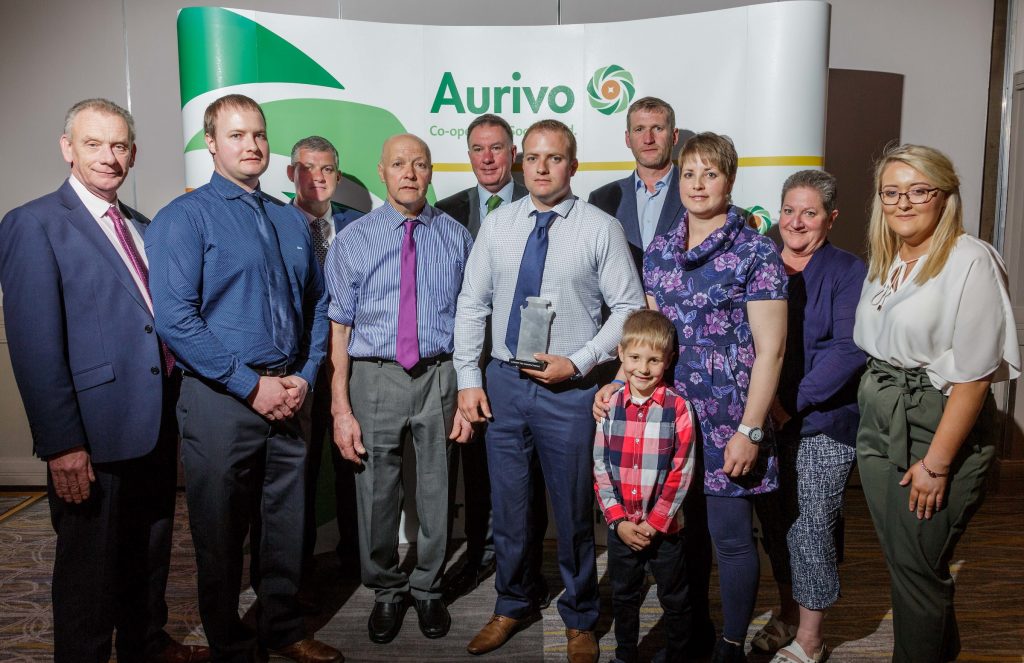 Meanwhile, David Wylie from Carnamoyle, Muff won the award for Lowest TBC Manufacturing Milk.  David started farming his uncle’s farm in 1973 and the Wylies currently milk 100 cows on 150 acres. Along with replacements, 30 extra beef breed calves are retained and sold as yearlings.

David attributes his success on low TBC to attention to detail and giving each job extra time when required.  The parlour is given a hot wash daily and is descaled weekly. Liners are changed twice per year and the machine is serviced annually. To ensure cows are clean, cubicles are scraped down and limed twice per day. The parlour was extended from a four to a ten unit 15 years ago, as cow numbers increased.

Speaking at the event, Aaron Forde, Chief Executive of Aurivo said: “Aurivo is very proud of its quality milk pool and that’s down to the unfaltering commitment of over 1,000 suppliers across Ireland.  The Milk Quality Awards celebrate the excellent standard of milk they produce every day.  I would like to personally congratulate Lorna on her success, which is well deserved.  We look forward to a continued partnership with all our suppliers and to further strengthening our market position, both nationally and internationally.”

Commenting at the Awards, Pat Duffy, Chairman of Aurivo, said:”Aurivo and its dairy farmers from 13 counties are committed to delivering the highest quality milk.  The hard work and dedication of our suppliers ensures that our high standards are consistently met and that should be commended.”

Donegal farmers are the cream of the crop in national Milk Awards was last modified: May 15th, 2018 by Rachel McLaughlin